Home All The News Solskjaer not ‘concerned’ about Greenwood behaviour 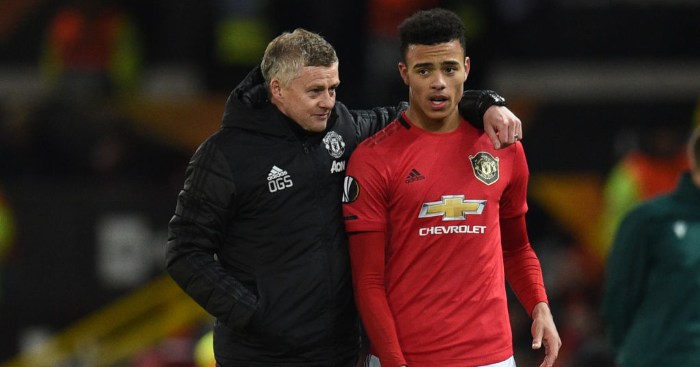 Man Utd boss Ole Gunnar Solskjaer has backed forward Mason Greenwood and insisted that his professionalism is not an issue.

The England international has found himself in hot water of late. Along with Phil Foden, he was sent home having broke COVID-19 guidelines on international duty. The duo left the England bubble to meet two women in their team hotel.

Both players received a lot of criticism for their actions. But since then reports have also emerged of Greenwood’s lack of discipline for United.

They will come for heroic Rashford…we must stand with him

The attacker has been left out of their matchday squad for recent games against Newcastle United and PSG.

Reports emerged that his absence was down to his poor timekeeping. But Solskjaer played this down and suggested that Greenwood was left out of the squad because he suffered a minor injury.

Speaking during his press conference, as cited by The Independent, Solskjaer defended the young forward:

“I’m not concerned at all with Mason making a target for himself.

“He came in, played fantastic, played in the league for the first time against Tottenham and was brilliant. He kicked on and he makes a mistake for England and suddenly the English press go after him.

“He’s never ever late for training. I’ve seen some ex-United players talking about him and they don’t know what they’re talking about.

“He’s got a good family behind him and he’s a good trainer. I cannot believe all these stories about him not being professional. That’s something we have to deal with many players, many other players at United have had that.”