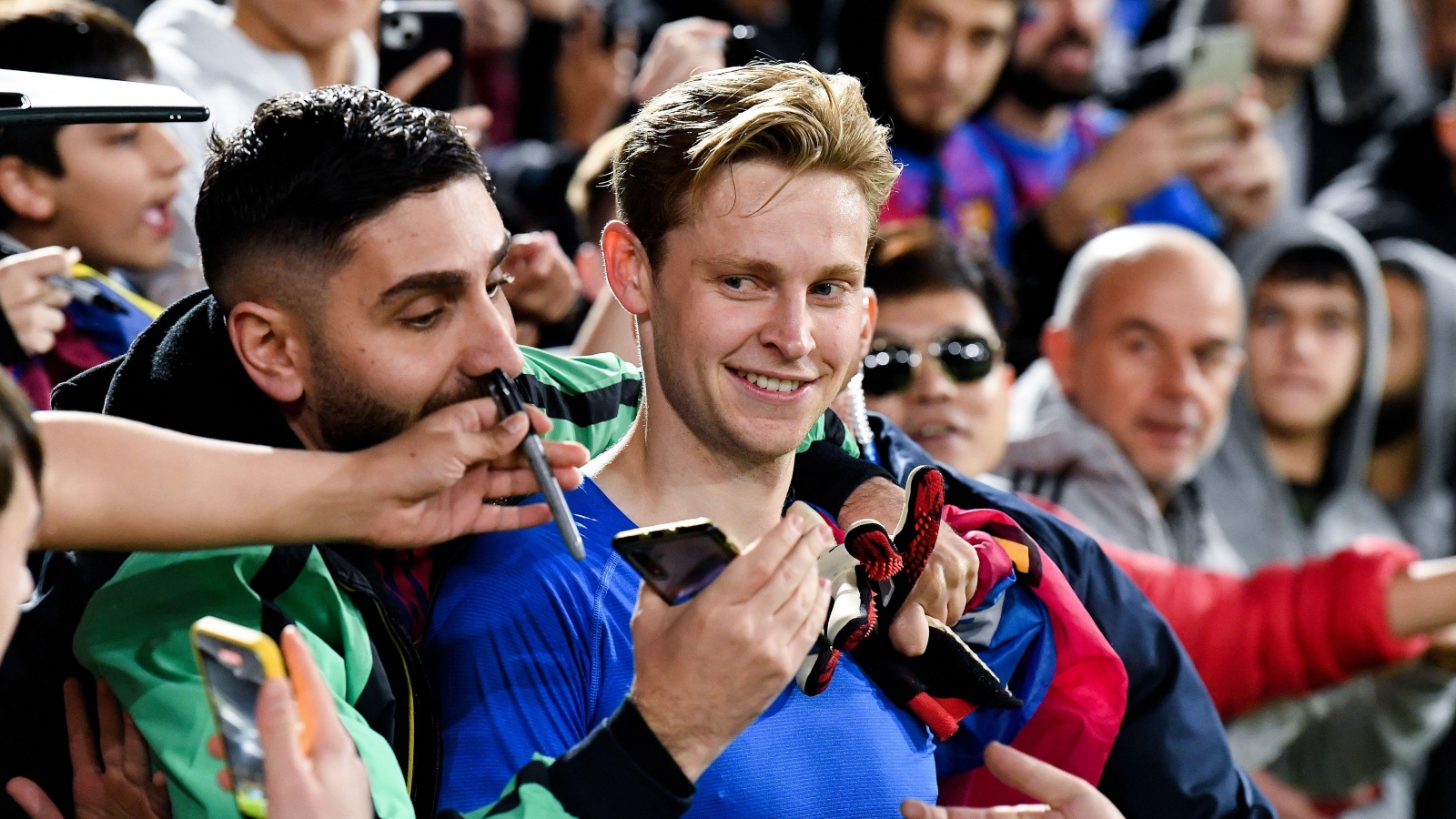 New United manager Ten Hag is eager to improve his squad after they finished sixth in the Premier League under the guidance of Ralf Rangnick.

De Jong quickly emerged as a top target given his time with Ten Hag at Ajax, on top of the fact the Red Devils need to strengthen in central midfield.

It was recently reported that United had agreed a fee with Barcelona for the Dutch playmaker, however, he is believed to be against leaving the La Liga giants.

Barca are open to selling due to their financial situation, with €70m being the initial figure rumoured. Despite not being a failure at the Nou Camp, he is not thought to have made the impact everyone at the club expected, hence why a summer sale could come to fruition.

This week, Mundo Deportivo (via Sport Witness) have had their say on the situation.

The Spanish outlet claim that United are ‘using all their weapons’ to try and convince the midfielder to join.

Putting in a shift. 🏃‍♂️ pic.twitter.com/QhxdXEhuTM

It is repeated that Barca are open to selling him, with the player reluctant to move to Manchester for ‘various reasons’.

However, Ten Hag has ‘made several calls’ to ‘push things along’ and get De Jong on board. The report states that he is still not keen on the move, but is ‘not as reluctant as he initially was’.

Elsewhere, RB Leipzig forward Christopher Nkunku has admitted that Paris is his “home” amid rumours linking him with a move to Old Trafford.