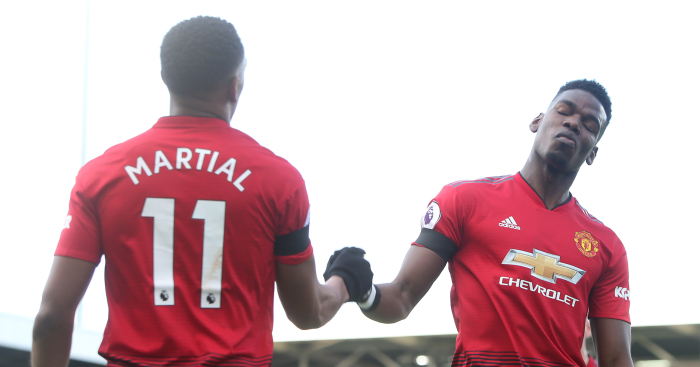 Fear factor
To be fair to Charlie Wyett, he uses neutral phrases like ‘voiced their concerns’, but this is The Sun, who are desperate to get everyone back out buying newspapers (‘HAPPY MONDAY’ was their dangerous take on rumours of relaxed restrictions) and desperate for the return of football which drives so many of their sales.

So The Sun splash on their back page about a ‘week delay as scared stars won’t be rushed’, which makes them sound weak and a little precious, while the website opt for a headline of ‘Premier League restart heading for a week delay until June 19 so scared stars won’t be rushed back’. Silly footballers with their concerns about dying and sh*t, robbing us all of our football fix.

Meanwhile, Martin Lipton writes in the newspaper – under the could-not-be-clearer banner of ‘PREM BOSSES IN PLEA FOR A DELAY’ – that the managers are actually the driving force for this delay, claiming that all 20 bosses agreed that ‘rather than the three weeks initially envisaged, they feel they need a month of training to prepare their players to perform at the highest level’.

Still, why focus on facts when you can blame ‘scared’ footballers?

Source?
The back page of the Daily Mirror says that week-long delay was actually driven by Jose Mourinho, with the headline reading ‘JOSE GETS RESTART PUSHED BACK BY AT LEAST A WEEK’, with Darren Lewis reporting that the Tottenham manager ‘led concerns over player welfare by insisting at least a month was needed to get match-fit again’.

We can only assume that Lewis has a different source to his Mirror colleague John Cross, who published an exclusive on Thursday morning with exactly the opposite line:

‘Jose Mourinho made it clear he is desperate to return with a cutting remark to his fellow managers.

‘Tottenham boss Mourinho joined with the likes of Jurgen Klopp and Carlo Ancelotti in saying he is keen for the Premier League to resume.

‘It has emerged from the League Managers’ Association meeting that Mourinho wants to come back while other bosses are reluctant and want to wait.’

Which is odd, because something very different ’emerged’ from that meeting according to Lewis’ sources. Somebody is being led a merry dance.

And if you are wondering about the ‘cutting remark’ – described in the headline as a ‘swipe at fellow bosses’ – this is the Mourinho quote Cross uses:

“If you don’t want to play, stay home and watch Bundlesliga!”

Which is similar – but entirely different in tone – to the ‘joke’ described by David Ornstein in The Athletic:

“Stay safe this weekend guys and watch the Bundesliga!”

Mediawatch wonders which version of Jose Mourinho has come from ‘sources close to Jose Mourinho’. ‘Concerned’ or c**t?

Incredible bulk
The Sun website also splashes hard on the Sunday Times Young Sport Rich List. Because as well as being ‘scared’, footballers also earn rather a lot of money. The bastards.

So no, it’s not ‘incredible’ that Britain’s richest football club Man United provides several entrants on a list of wealthiest sports stars either British or based in Britain. It would truly be ‘incredible’ if they did not.

Brian Reade of the Daily Mirror has raised his voice in the chorus. He’s ‘at the heart of football’, you see, and he is incensed that some leading policemen think that fans (or ‘criminals-in-waiting’) would gather at stadiums.

Because of course supporter groups would definitely confess that their own fans were a safety issue.

‘No evidence produced of the mass congregations they claim to fear…’

Yes, why did they not produce evidence from the last time Premier League games were playing behind closed doors during a global pandemic?

‘Just a knee-jerk reaction based on making their own lives easier.’

Sorry but it’s absolutely not okay to suggest that the police are acting selfishly in advising that games should be played away from a venue where crowds could gather, social distancing would be compromised, potentially leading to a spike in infections, more strain on the NHS and, frankly, deaths.

‘Some police know the score when it comes to predicting the behaviour of football fans.

‘They ignored Roberts and a pitched battle ensued with riot police, ­leading to 14 ­arrests.’

…when it is the same Mark Roberts (who ‘knows the score’) who told opponents to neutral venues to “get a grip” as he said:

“Does anyone seriously think that you wouldn’t get a significant number of supporters turning up outside the ground? I think we need to be realistic. It would happen.

“There’s no point letting it happen and then complaining about it when a lot more people get ill. We have to try things that reduce the threat.”

So UEFA were wrong to ‘ignore’ the informed Roberts on England’s fans – which led to 14 arrests – but his predictions about the behaviour of football fans should now be ignored even though that may lead to more than 14 deaths? Something does not quite add up here.

Recommended reading of the day
Mike Henson talks to Phil Thomas, Merseyside man at The Sun

Yesterday’s Mediawatch because we need internal links for SEO purposes and also because it was good.