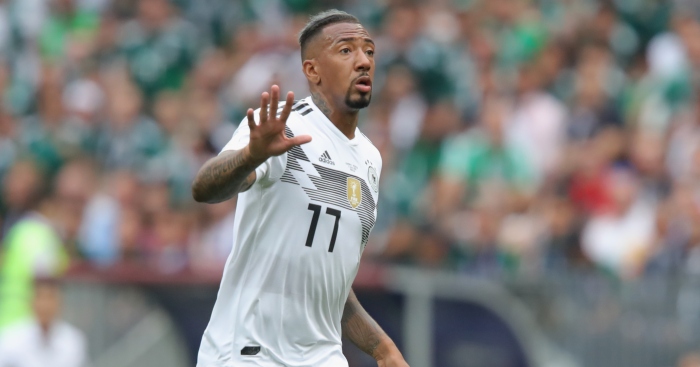 Manchester United have been offered Bayern Munich defender Jerome Boateng for £50m, according to reports.

United are keen to bring in defensive reinforcements, but have failed to lure Harry Maguire from Leicester and are reluctant to meet Tottenham’s £50m valuation for Toby Alderweireld, who would be available for half that fee a year from now due to a clause in his contract.

Jose Mourinho has also been linked with a move for Yerry Mina, with Barcelona seemingly keen to cash in on the Colombian after his excellent displays at the World Cup.

Boateng did not enjoy the World Cup, struggling along with the rest of his Germany team-mates as they crashed out in the group stage, and the 29-year-old has seen a potential move to PSG collapse, and Bayern remain willing to offload him at the right price.