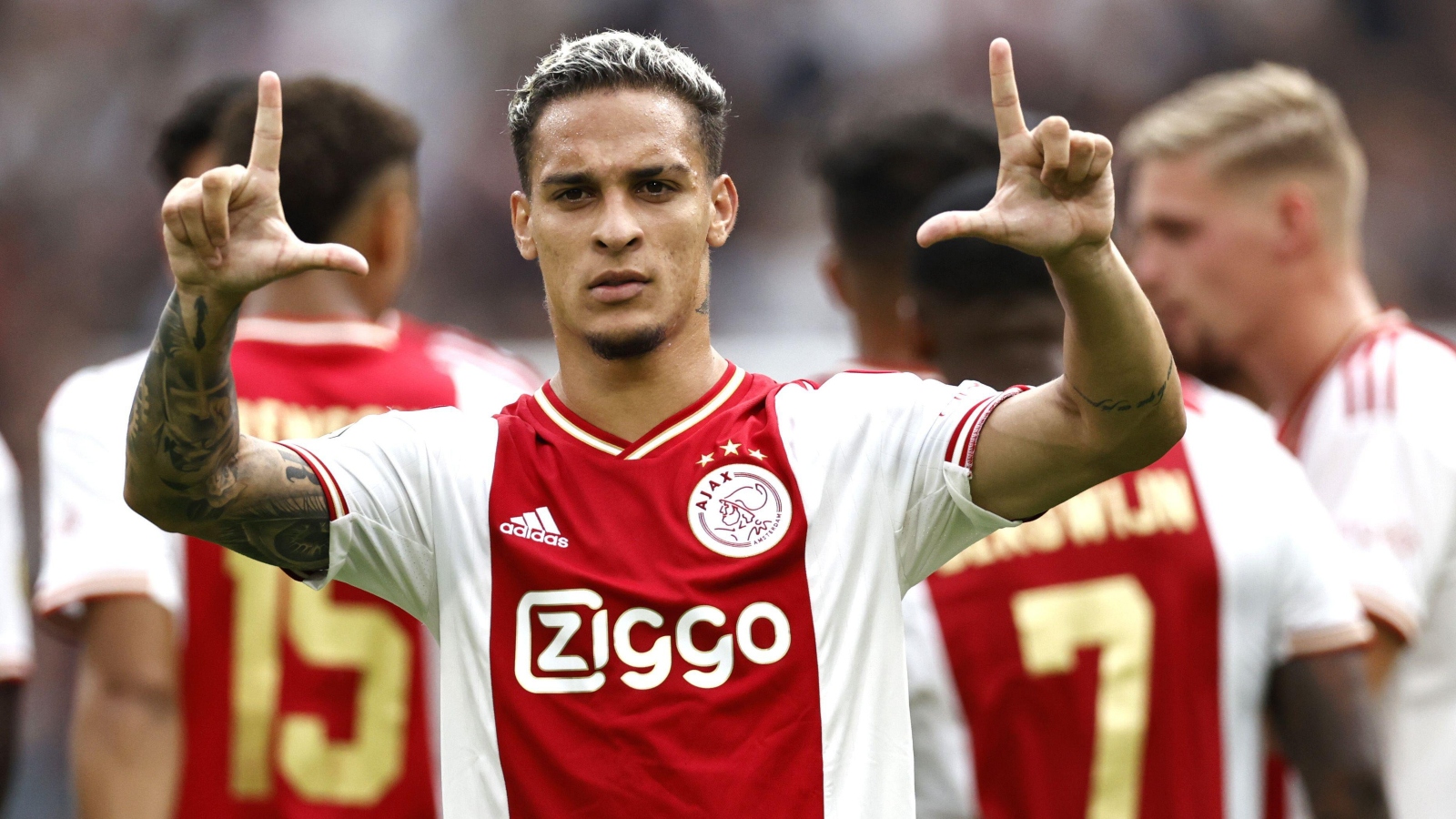 Ajax have rejected an €80million bid from Manchester United for their Brazilian winger Antony, according to David Ornstein.

The Red Devils have been chasing Antony ever since Erik ten Hag became the club’s new manager back in May.

The Premier League side went into the summer transfer window full of optimism, with Frenkie de Jong, Antony, Jurrien Timber and Darwin Nunez all linked with a move to Old Trafford.

Two months later, they have not convinced De Jong to join and Antony and Timber are still with Ajax in Amsterdam, with the latter this week signing a new contract at Ajax.

It appears that United have finally accepted defeat in their pursuit of De Jong having registered an interest in Juventus’ Adrien Rabiot and Real Madrid’s Casemiro.

They had a £15m bid for Rabiot accepted by the Serie A side, however, could not come to an agreement on personal terms.

United’s pursuit of Casemiro is looking pretty positive with Madrid reportedly open to letting him leave for the right price.

A wide forward is still on the agenda for Ten Hag and the Red Devils have been linked with Atletico Madrid winger Yannick Carrasco this week.

And according to The Athletic correspondent David Ornstein, United have revived their interest in Antony after focusing on other targets over the past few weeks.

Ornstein claims the Premier League club made a huge €80m (£67.6m) bid to sign the Brazilian, but it was rejected by Ajax.

It will be a huge challenge for Manchester United to complete the signing of Antony, though Ten Hag is desperate to improve his forward line.

Following the rejection of their most recent bid, the Red Devils’ hierarchy are ‘not optimistic’ in bringing the former Sao Paulo winger to the club.

Ajax are unsurprisingly very keen to retain the player and it is believed that PSV winger Cody Gakpo is a more realistic target for United.

United are still prioritising a central midfielder, but are still in the market for a winger, striker, right-back and back-up goalkeeper.

It promises to be a hectic final two weeks of the summer window for the Premier League club.

The clubs’ fans are in dire need of some positive news following United’s torrid start to the Premier League season.

They were beaten 2-1 by Brighton at Old Trafford on the opening weekend of the season before an embarrassing 4-0 loss at Brentford last Saturday.