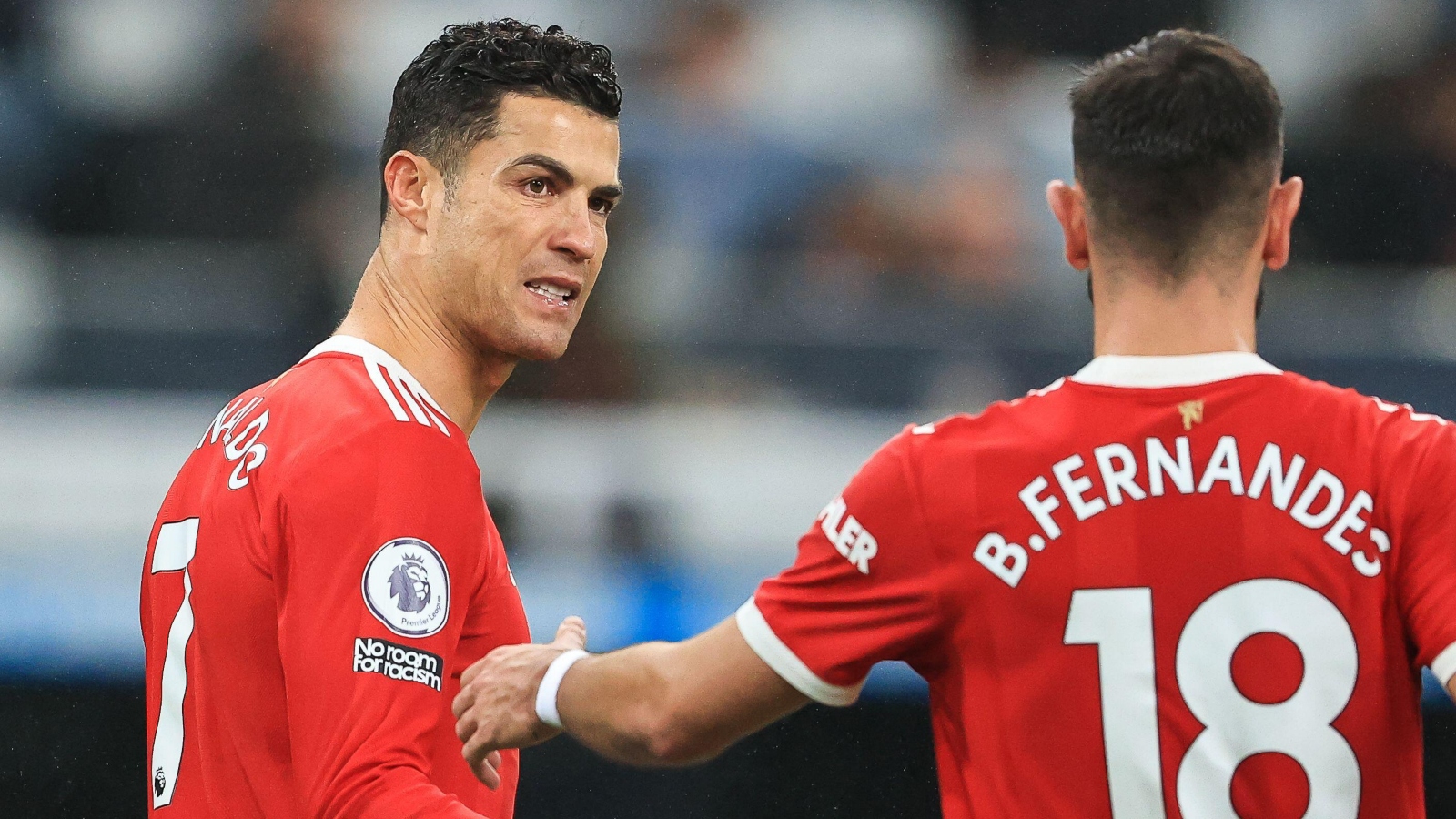 Bruno Fernandes does not believe Manchester United will be “willing” to lose a player as ‘valuable’ as Cristiano Ronaldo.

It was a bitterly disappointing campaign for United, who finished the season without a trophy for the fifth year in a row.

Spanish publication Nacional reported earlier this week that the Portugal captain wants to leave the Red Devils despite the fact there have been ‘no firm offers to leave’.

Ronaldo is reportedly unhappy with the club’s project despite the recent change in management. United have made zero summer signings thus far, however, Frenkie de Jong and Tyrell Malacia’s arrivals look imminent.

Chelsea and Bayern Munich have both been linked, though a move to either club seems unlikely.

The 37-year-old has not returned for pre-season training yet having played for his country in the Nations League earlier this month.

Ronaldo and Fernandes will be reunited at Carrington next week, and the 27-year-old playmaker has discussed his teammate’s future.

Fernandes said (quotes via Manchester Evening News): “What I hope is that Cristiano will be there with me on Monday, that he’s one of those who will come back later because of the Selecao’s games and I’m not waiting for nothing more than that.

“As far as I know there is nothing more than that, but everyone knows their future. I don’t believe the club is willing to lose a value like Cristiano.”

Arsenal are also very interested and have made at least two bids for the Argentine. Ajax are believed to be asking for at least €50m.

The report states that Martinez is at the top of Ten Hag’s transfer wishlist after United complete deals for De Jong and Malacia.

The Red Devils are still expected to face competition from Arsenal, with Mikel Arteta very keen on completing the signing of Martinez.