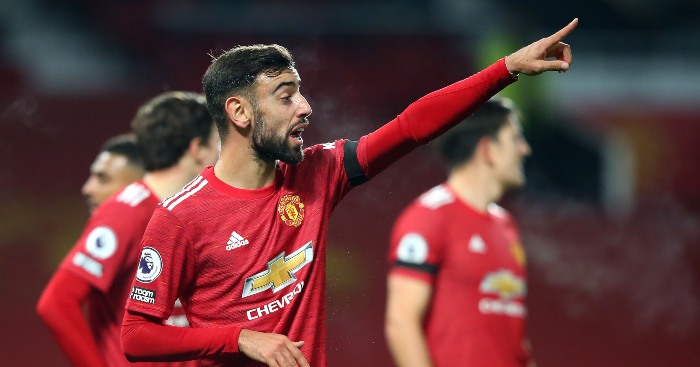 United we stand
Manchester United sit in tenth place in the Premier League on Monday morning after a 1-0 home win (via a retaken penalty) against the team in 18th who are yet to win a game this season.

And yet it is Ole Gunnar Solskjaer who is labelled an ‘optimist’ by The Sun‘s Neil Custis, who describes United’s performance as ‘lacklustre’, says they are ‘playing poorly’ and warns that their season could ‘drift’. And then he writes this paragraph:

‘Yet this title is there to be won. Yes, even for Manchester United.’

Also, they may have a precious game in hand but they are currently seven points adrift of two teams who have lost just once this season; one of those teams are the reigning champions and they are unbeaten in 64 Premier League games at their own ground.

Citing the fact that ‘they are four points better off than at the same stage last season’ is just about the flimsiest argument Mediawatch has ever heard. Manchester United are definitely slightly less sh*te than last year (largely because of Bruno Fernandes) but they are a long, long way from being title contenders. We don’t think even ‘ever the optimist’ Solskjaer would make that ludicrous claim.

Fancy that
Neil Custis is not alone, though. Over in the Daily Mirror, David McDonnell has got the bug:

‘IT says everything about this freakish season that Manchester United will just be a handful of points off top spot if they win their game in hand.’

‘After a lamentable start which saw three defeats in their opening four Premier League games at home, the top four seemed a fanciful notion for United, let alone a title challenge.’

Are you now suggesting that a title challenge is no longer a ‘fanciful notion’? Is it now a reality?

‘But after another prosaic performance and a first league win at home this season, courtesy of some beneficial VAR decisions, Ole Gunnar’s side are nudging up the table.’

To sodding tenth. Has everybody lost their minds?

Madd about the boy
Liverpool beat Leicester City 3-0 to make it 64 games unbeaten at Anfield, with Diogo Jota becoming the first player to score in his first four matches at the iconic ground.

And so what is the subject of Martin Blackburn’s ‘BIG-MATCH VERDICT’ in The Sun?

Blackburn describes him as a ‘football scholar’ (which is why he watched England over the international break, apparently) and then writes, seemingly without a hint of irony:

‘Maddison said in an interview that he wants people to be talking about him again after a long injury lay-off this year.

‘The Reds made sure that nobody was…’

Except you, fella. And it’s weird.

Jot to Jot
There are so many examples of this kind of nonsense that we could do this every single day, but this is from the Express website and is particularly smelly.

It’s not abundantly clear but we think the ‘Diogo Jota issue’ is that him being rather good might prompt Liverpool to sell Sadio Mane or Mo Salah (or both?) to sign Kylian Mbappe and/or Erling Haaland. Which is quite the ‘issue’.

Blow job
Are ‘blows’ more clickworthy than ‘boosts’? That’s the only possible explanation for this headline on the Liverpool Echo…

…above the news that ‘Liverpool have been handed a boost in their reported pursuit of Dayot Upamecano’.

Sex sells. And so does bad news.

Great Dane
Comedy Cockney Paul Jiggins has looked up ‘Denmark’ in the great big book of national stereotypes (they’re issued to every Sun man when they are appointed) and come up with this:

No they didn’t; they largely thought ‘that’s exactly the sort of signing we need to make’.

The only surprise – as Jiggins then heads merrily down the ‘Carlsberg’ path – is that he forgets to mention the bacon and the pastry. Men have lost their jobs for less.

‘Cavani tipped to have made sarcastic quip to ‘arrogant’ Man Utd colleague’ – Teamtalk.

Adam Bate on the depth at Liverpool