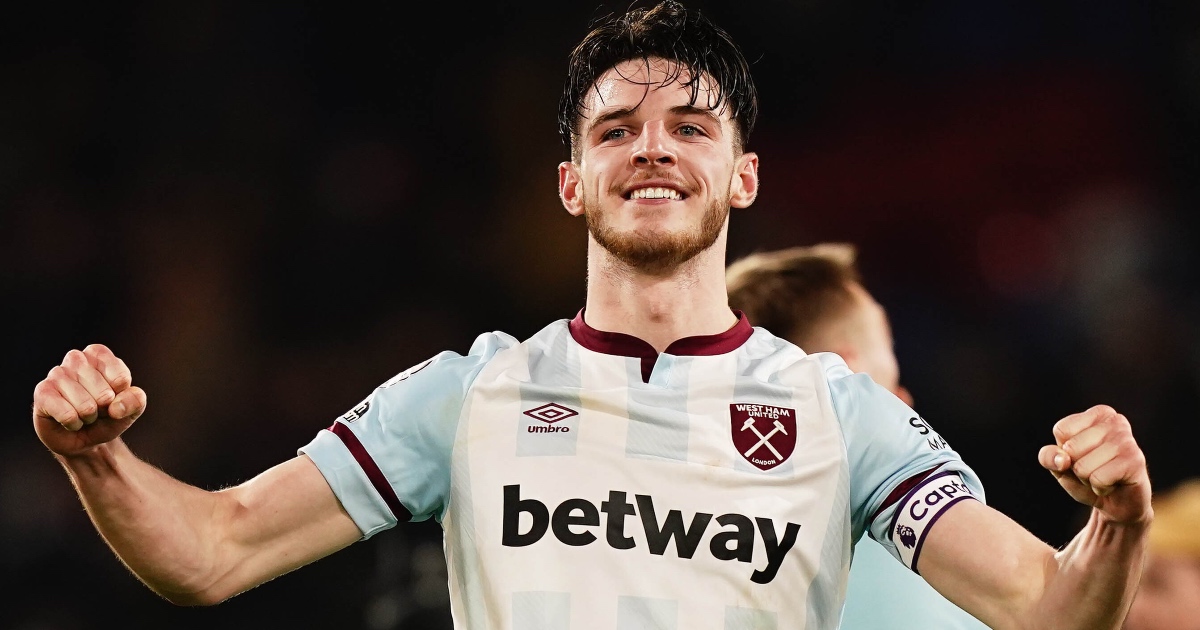 Manchester United are laying the ‘groundwork’ for a record-breaking bid for Declan Rice in the summer, according to reports.

The club will look to take advantage of West Ham’s recent slip-ups, which have seen them drop out of the top four and lose some of their bargaining power as they attempt to persuade Rice to stay put.

Despite winning their last two matches, the Hammers look less likely to make the top four than they did two months ago, which will no doubt have a bearing on Rice’s decision-making as he seeks Champions League football.

United, therefore, have decided to step up their pursuit of the midfielder this transfer window. According to The Sun, Ralf Rangnick has personally agreed to this, despite telling Amazon Prime earlier this week that his “focus is on the current players.”

West Ham will demand nine figures for Rice, who has become a leading player for club and country in recent years.

United are ready to spend big and are almost certain to break their transfer record, which is currently £89m – the sum they paid for Paul Pogba in 2016. The official bid for Rice is set to be launched in the summer.

David Moyes, the West Ham manager, regards Rice as one of the most accomplished midfielders on the continent.

“There’s not many better,” he said recently. “I think if you break Declan down, you might say: ‘Well OK, I want you to become even better in your passing.’

“But then if you looked at the other side of the game, Declan’s as good as anybody I know at recovering the ball, and speed round the pitch. I can’t really think of many other midfield players like Declan in that mould really.

“Rodri’s slightly different in how he plays in a different fashion. But Declan’s a wee bit of all round, and certainly can do different things and he’s beginning to add goals to his game.

“There’s probably not many better, but I think there’s aspects of Declan’s game that he can improve. We want him to become better at so many things, but he’s been a revelation for us this season.”