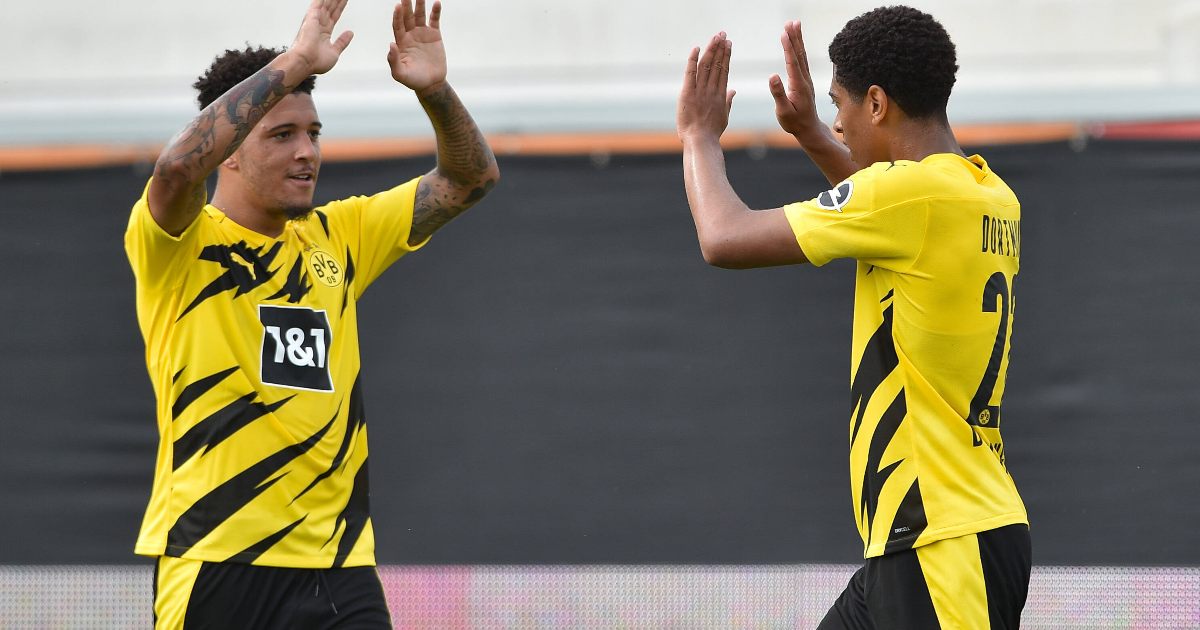 Jude Bellingham has leapfrogged Jadon Sancho in Manchester United’s list of transfer targets for the summer, according to reports.

Sancho, 21, had previously been the top priority for United, with the club having come close to securing his signature last summer.

Ultimately, the top brass at Old Trafford judged Borussia Dortmund’s valuation of the winger to have been too high, meaning Sancho stayed in Germany, but this summer, the dynamic is different.

If certain conditions are met, Sancho will be allowed to depart, such is the nature of the player’s “gentlemen’s agreement” with the club.

“We already had a gentlemen’s agreement with Jadon last year that he can switch under certain conditions,” sporting director Michael Zorc told ARD.

“He’s been with us for a couple of years. However, this agreement does not exist with Erling [Haaland].”

According to Bild, though, this development is of little interest to United, whose gaze is now focused on Sancho’s compatriot, Bellingham.

“At United at the moment, there is nothing at all on the Sancho interest. On the contrary, a move is not likely. The reason? Jude Bellingham,” journalist Christian Falk told the German publication.

“Dortmund themselves have the replacement for Sancho and would therefore sell Sancho. The English are now simply focusing on Bellingham instead.”

The 17-year-old has surpassed expectations in his first season at Dortmund, establishing himself in the midfield earlier than many forecasted.

With 14 goals and 18 assists in 35 appearances, Sancho hasn’t done too badly either this season, and remains one of the most highly-sought-after players in world football.

United could do with them both for the hectic schedule coming up, with the Red Devils set to play four games in the space of nine days following the postponement of their match with Liverpool.

The marathon begins with a trip to Villa Park on Sunday, just three days after their Europa League clash with Roma.

Speaking after that game, manager Ole Gunnar Solskjaer railed against the fixture organisers, describing the pile-up as “physically impossible”.

“It’s unheard of. It’s made by people who’ve never played football at this level,” the Norwegian told The Daily Star.

“[It’s] physically impossible for the players to do it after being here [Rome] – doing Sunday, Tuesday, Thursday is impossible.

“We’ve not been dealt a good hand, but we’ll play it as well as we can.”