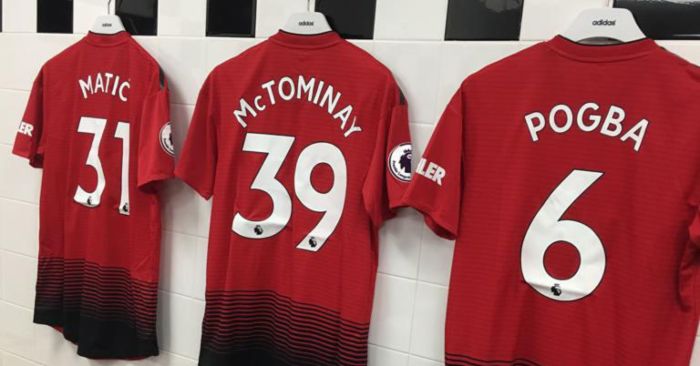 According to Manchester United’s official website everything is fine. Their failure to win three of the four games they’ve played so far this season is merely bad luck.

Manutd.com published a piece looking at their expected goals [xG] so far this season suggesting that, based on the xG data, which judges the likelihood of a shot resulting in a goal, their position in the table should be higher than it is.

‘We should be second,’ it cried, but according to xG measurers Understat, Man United’s xG is being inflated by the number of penalties (3) they’ve been awarded so far this season. They are actually outperforming their xG in open play, which stands at 4.52, while six real life goals scored from this situation.

This isn’t to say that creating situations where penalties are awarded is more down to luck than good play, but the 0.76 xG value assigned to a penalty kick is rarely as high as the chance which would have been created were there no foul.

Cutting through the xG spiel, this means that, if anything, Man United have been slightly lucky in open play rather than unlucky, and if they are going to judge bad luck based on missed penalties, then maybe they should have clearer instructions as to who should be taking them. Not having a penalty pecking order has put extra pressure on the players by helping create a media narrative around who the designated penalty taker is. Being clear who is taking a penalty has nothing to do with luck.

What could Ole Gunnar Solskjaer’s side do to improve their chances of scoring goals in open play, and how can they make their own luck?

One of the things which immediately stands out when looking at United’s shape this season is how deep Paul Pogba is playing in what is somewhere between a 4-2-3-1 and 4-3-3 formation. His heat-map (Sofascore), suggests he’s doing more work in his own half than he is in the opposition’s.

From a midfield duo of Pogba and Scott McTominay, you would think that the Scotland international would be the more conservative one, sitting in front of the back four allowing the Frenchman to move forward and influence games nearer the opposition penalty area, but this has not been the case.

In all but one of United’s games this season (the 4-0 win against Chelsea) Pogba (No. 6) has been the deepest midfield player according to the average positions, and in the game against Wolves  his average position was inside his own half.

Pogba was United’s top scorer last season, both in the Premier League and across all competitions. His league goals were made up of seven penalties, six from open play, and one free kick. He averaged 3.1 shots for every 90 minutes he played, but this season is only averaging 1.8, and only one of his shots has been on target — the penalty saved by Rui Patricio.

Pogba has proven that he can do good things from deep positions, and his raking long passes can often be among the highlights of a game, but as one of United’s most gifted players he also needs to be able to affect the game further up the pitch. And it’s in this area where United boast a front three which is beginning to provide fans with something approaching the style of football they want to see. The type of team which will help them out of this slump, even if they still need more quality in depth.

Marcus Rashford, Anthony Martial, and Daniel James provide pace, directness and attacking flair across the pitch in attack, though should one get injured, as has already happened with Martial, then there isn’t much in reserve.

And speaking of players behind them, there is also the question of who should play in the No. 10 role. Juan Mata is the obvious choice as the true playmaker in the side, and made his first start of the season in the 1-1 draw with Southampton. Jesse Lingard had been used in the role in the three games prior to this, while Andreas Pereira can also operate there, but none have been convincing.

The uncertainty in this central, more attacking midfield position, sometimes makes the setup feel like a 4-3-3 with a 2-1 formation in midfield, rather than the 4-2-3-1 it’s listed as. The midfielders seem detached from their front three positionally and stylistically, other than perhaps Pogba, who we now know is furthest away from the attack. United are second in the league for total possession, but sixth for pass accuracy.Mata feels like the answer. The creative passer who can release the runners in front of him. Move Pogba up alongside him so the midfield is more 1-2 than 2-1, and the problem is… solved?

Probably not, because this is Man United, and not in the sense Solskjaer keeps using the phrase.

On the bright side, the forwards they do have make this look more like the Man United of which Solskjaer speaks. Quick, direct and instinctive like Andy Cole and Dwight Yorke, if lacking a Teddy Sheringham or a Norwegian super-sub. In James, United have signed a player who, rather than needing time to settle as many thought, has already been one of their best players, and again is quick, direct, and also boasts a thunderous shot.

The front three are thinking about tactics, with Martial commenting that: “In games, Marcus likes to play in the middle, like me. I don’t mind dropping off, dropping out, we interchange during games. It doesn’t bother me to let him take the lead occasionally. It helps us to terrorise opposition defences and I hope we can keep it up over the course of the season.”

The two recognised forwards are working things out together, but they are the only two. The club need to hope Mason Greenwood can settle into Premier League, first team life as quickly as winger James has.

As is often the case, United need to get more from Pogba, and they need to make better use of the space between midfield and attack. They need to begin boasting about actual goals rather than bemoaning luck, using an xG stat which, back in March, suggested Solskjaer shouldn’t have been given the job in the first place.