Home All The News Man United quoted £26.3m fee as Mourinho flies out 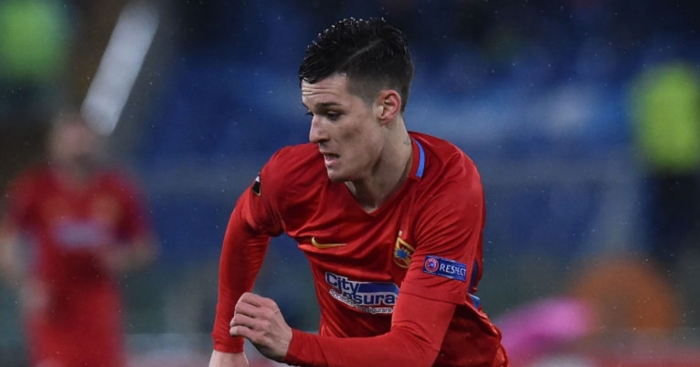 Manchester United have been quoted a figure of €30million for Steaua Bucharest striker Dennis Man.

Man has emerged as a surprise target for United, having only made his international debut for Romania in March.

His release clause was set at €50m when he signed for Steaua from UTA Arad, but Steaua owner Gigi Becali has quoted United a figure €20m less.

“I asked for 30m euros! I know they won’t pay. I asked so much because Man is not for sale!”

BREAKING: FCSB owner Gigi Becali claims Manchester United are interested in signing 19-year-old forward Dennis Man. Becali: "I asked for 30 m euros! I know they won't pay. I asked so much because Man is not for sale!" Mourinho came to Romania yesterday. #ManUtd #mufc

Mourinho is in Romania after watching the country’s international friendly victory over Finland on Tuesday.