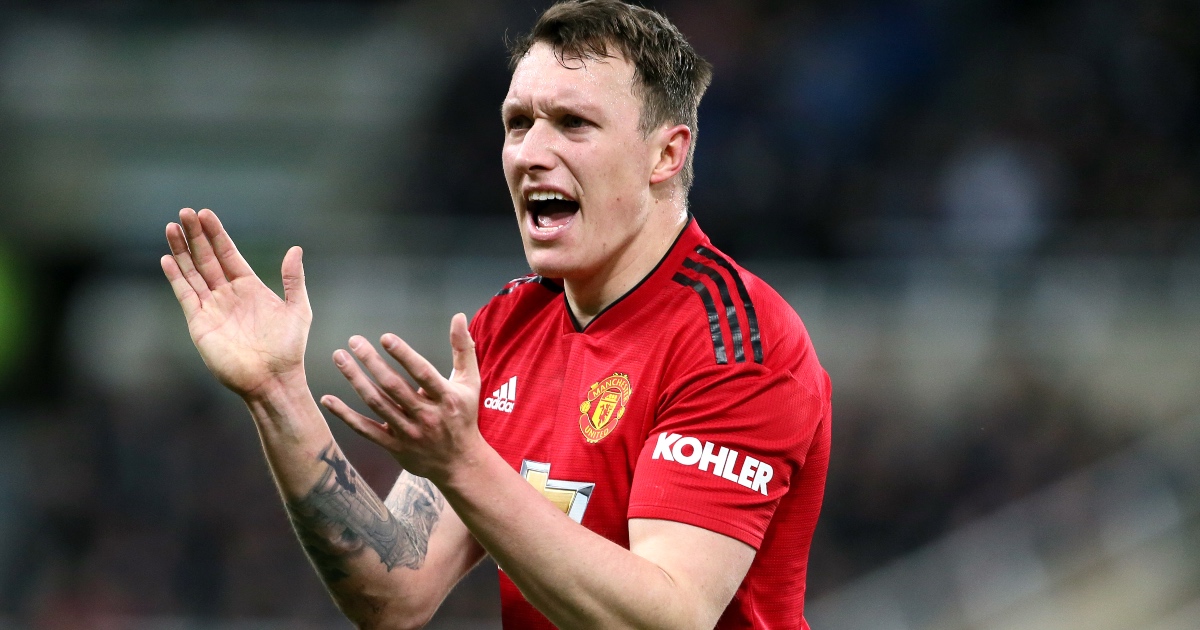 Manchester United will not listen to offers of less than £15m for Phil Jones, according to reports.

Jones made his first league appearance for two years earlier this month, starring in a 1-0 defeat to Wolves.

Hampered by a long-term knee injury, the former England international had fallen out of favour under Ole Gunnar Solskjaer, but Ralf Rangnick brought him in from the cold and he produced arguably United’s best performance at Old Trafford, much to the delight of those at the club who have witnessed his mental health struggles first-hand.

He is now back in contention at United, and with his contract expiring in 18 months, he is attracting the attention of Premier League rivals.

According to the Daily Star, Newcastle and Burnley could pounce if Jones is denied ample opportunities at the club.

United, though, are reluctant to sell the former Blackburn Rovers man, and have valued him at £15m – an enormous price tag considering he has only just returned to action after a lengthy spell on the sidelines.

Newcastle’s pockets are deep but they may spy better value for money elsewhere, while Burnley’s main priority at the moment is a new striker following the departure of Chris Wood.

All of which makes the prospect of an imminent departure for Jones unlikely, but for the time being, he is simply happy to “feel like a footballer again.”

He told Team Viewer (via Manchester Evening News) after the Wolves game: “You know, I spent so long out, off the pitch and out of the squad – it’s been horrible at times, but it’s nice to be back out with the lads. I feel like a footballer again.

“It’s just a great feeling. As soon as you step out, I think I was on the bench for West Ham in the (Carabao) Cup. Even for a cup game at Old Trafford it was absolutely packed and it was just – I was sat on the bench and I was thinking ‘God I’ve missed this’.

“I’ve missed this feeling of being involved with the stadium and the fans there, the excitement, the buzz. It all came flooding back straight away.”