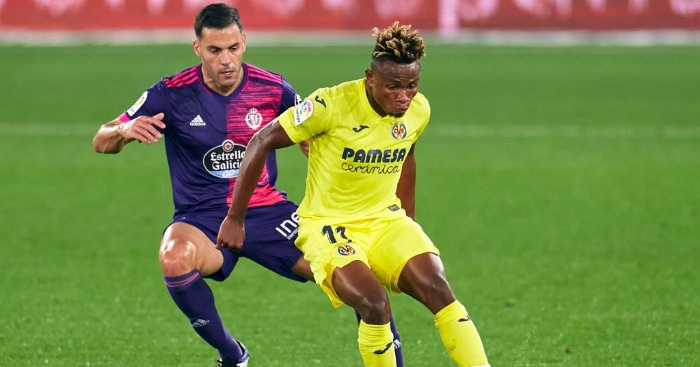 Manchester United are set to challenge Liverpool for the signing of Villarreal youngster Samuel Chukwueze.

The Nigeria international joined the Spanish side in 2017. He initially joined their youth side, before he was promoted to Villarreal B during the 2017/18 season.

Chukwueze broke into Villarreal’s first team during the 2017/18 La Liga season. The youngster made 47 appearances in all competitions that campaign as he provided ten goals and four assists.

What does VAR say about the human condition? And other musings

The 21-year-old has gone onto make over 90 first-team appearances for the Spanish outfit since then. Most of his outings have come as a right-winger, with him being involved in 25 goals for them so far.

In this time, Chukweuze has established himself as a regular for Nigeria’s senior side. Since making his debut in November 2018, he has been capped 14 times.

The attacker has made 12 appearances for Villarreal this season. He has one goal and three assists for them so far this term.

Spanish outlet La Razon, as cited by The Sun, have reported that Manchester United are ready to rival Liverpool for the signing of Chukweuze. The report adds that Chelsea, Wolves, Everton and Leicester City have also shown interest in him.

Chukweuze’s contract is due to expire in 2023. This deal has a release clause of £71m included in it.