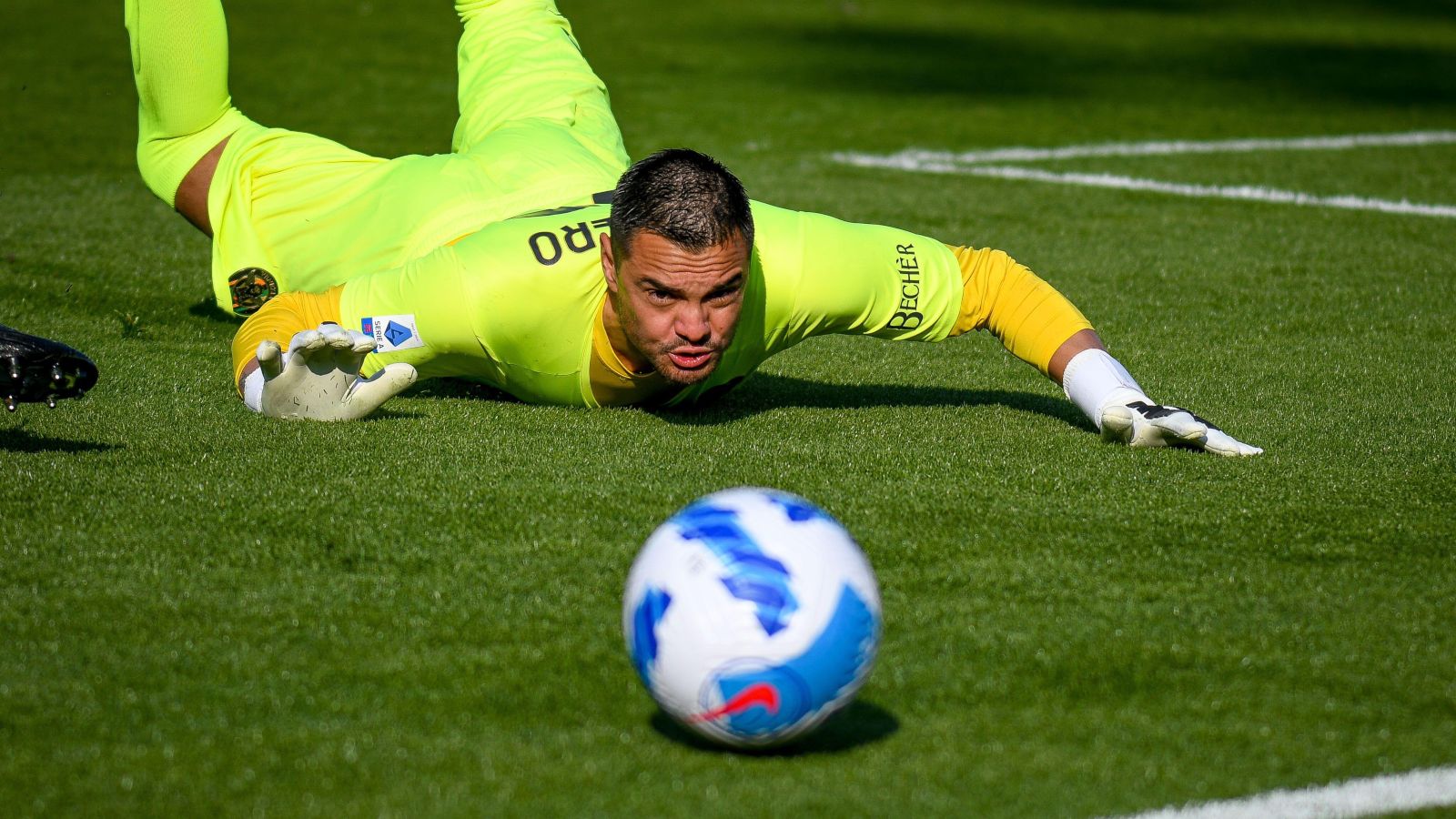 Former Manchester United goalkeeper Sergio Romero is interested in a shock return to Old Trafford, according to reports.

The Argentina international played 16 matches for Venezia last season in Serie A after leaving the Red Devils last summer to try and find some regular football.

Over his six seasons at Manchester United he played 61 times in all competitions and made just seven appearances in the Premier League.

Romero fell down the pecking order at Old Trafford when Dean Henderson returned from a successful loan spell at Sheffield United ahead of the 2020/21 campaign.

The England international immediately became the top back-up goalkeeper for David de Gea and even pushed the Spaniard for his number one spot towards the end of that season.

That led to Romero being frozen out under Ole Gunnar Solskjaer and made to train alone at times and asked to leave Manchester United when he was dropped for their 2020 Europa League semi-final loss to Sevilla.

Speaking last October about his final campaign at Old Trafford, Romero said:”Last year was strange for me. But I trained all year in Manchester, some days I was obviously training alone because the team was training for the match.

“I feel very good, I did a good job even when I returned to Argentina, I had two months to prepare for my arrival in a club, I want to show that I am the same Sergio who first arrived in Genoa and then in Manchester.”

But now the Manchester Evening News claims that Romero ‘interested in returning to Manchester United this summer, just one year after leaving the club’.

It is understood that ‘although United haven’t signalled a formal interest in signing Romero this summer, their former shot-stopper would be open to a return to his old club in a back-up role.’

Romero’s willingness to return to Man United will no doubt be helped by speculation that Henderson is now on the verge of leaving the club this summer.

Reports indicate that Nottingham Forest are closing in on a loan deal for Henderson with the newly-promoted Premier League side being given a £20m option to buy for next summer.