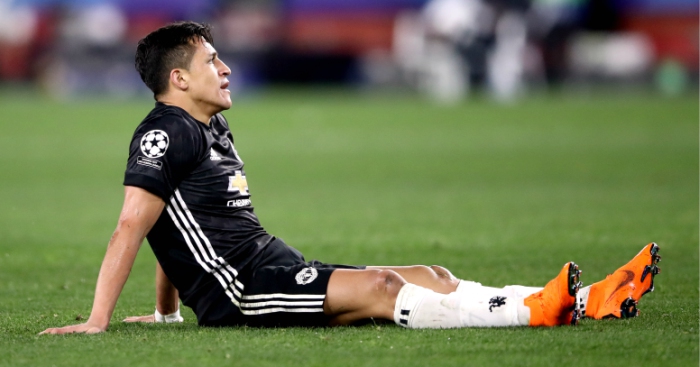 Dave saves. How many times have we used that two-word sentence? How many times has Manchester United’s exceptional goalkeeper got this team out of scrapes of their own making? How many shades of stuffed would this club be without him?

This was De Gea’s first club game in Spain for over four years, but the Spanish public are under no illusions that they possess the best goalkeeper in the world and nor too are United supporters. Almost every week his case is argued. Almost every week United need him to argue it.

There is no secret cheat in having a wonderful goalkeeper, but it is still worrying how often De Gea is still required to save the day. 0-0 is an acceptable first-leg result, but not a good one. Manchester United will back their own prodigious home form and should progress, but the lack of away goal makes them vulnerable. That is the difference between their draw and Tottenham’s.

The other difference is that Sevilla are not an elite European club and this is not even an exceptional Sevilla team. They have won three of their last ten La Liga matches, were knocked out at this stage of the Champions League by Leicester City last season and have never won a last-16 tie in this competition.

Sevilla were made to look good. They had 25 shots to United’s six, eight on target to United’s one and 12 corners to United’s four, but the most damning evidence lies with De Gea; only four United starters had more touches of the ball. Jose Mourinho’s team were fortunate that Wissam Ben Yedder was left on the bench and Luis Muriel was highly wasteful. Joaquin Correa was dangerous but involved in the game too infrequently, while Vincenzo Montella rolled the dice too late.

This would have been a disappointing performance anyway, but it was played against a backdrop of stories about Mourinho falling out with a key player and his team struggling for attacking cohesion. United have now scored more than twice in two of their last 18 matches, against Yeovil Town and Stoke.

Mourinho has never been afraid to draw his own battlelines, but his stubbornness can still catch you off guard. Had you been told in August that Paul Pogba would be omitted from a three-man central midfield for Manchester United’s first knockout Champions League game in four years, a series of questions would have followed. Did Michael Carrick get fit? Did Marouane Fellaini improve? Did Jesse Lingard or Juan Mata drop deeper? Did we sign someone in January? No, no, no and no.

Mourinho would presumably have sold Pogba’s absence as advance preparation for Sunday’s game with Chelsea, but following reports of the player’s anger and apparent illness last weekend, a picture of discontent is forming. We have not quite reached Act Three yet, but this relationship clearly needs counselling. If there is a summer decision brewing between Mourinho and Pogba, United’s manager might not like the majority answer amongst the club’s support.

As it happens, Pogba was needed anyway, Ander Herrera’s calf twang causing the hasty introduction of this week’s – and most weeks’ – most talked about footballer. Yet Pogba may as well have stayed on the bench, given Manchester United’s strategy of launching the ball long to Romelu Lukaku and hoping to feed off the scraps. With little of note coming down United’s right wing again, Alexis Sanchez continues to look like the right answer to the wrong question.

It is a mediocre tactic for a team that currently screams mediocrity, at least according to reasonable expectation. Staunch defenders will point to United’s league position – and there is merit in that argument – but there is little aesthetically to sate the neutral or even the partisan.

Perhaps this is the inevitable consequence of a team schooled in the art of playing not to lose, a philosophical method that forces a certain result. If that’s true, Mourinho will have difficult questions to answer over the course of this summer. Like whether there is any point in buying more attacking players, given that those who do arrive tend to eventually contract Mourinho’s attacking-itis. Lukaku and Sanchez were both poor again, while Anthony Martial and Marcus Rashford were left on the bench. Rashford has started two FA Cup games since Boxing Day.

No cause for crisis talks; little cause for celebration. The lingering, lasting conundrum is for how long that should be considered satisfactory for this manager at this club.