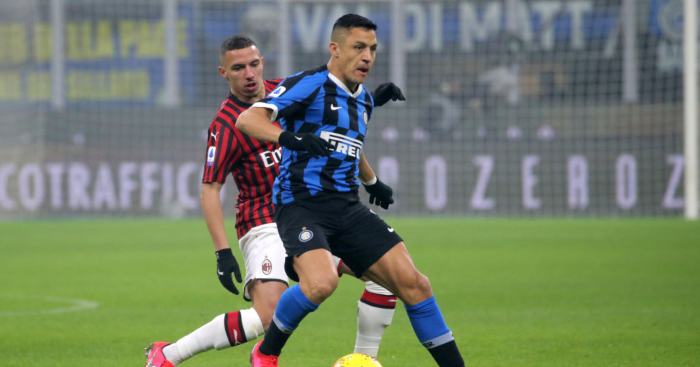 Manchester United will be looking to sign two forwards in the summer transfer window as they look to show Alexis Sanchez the door, according to reports.

Sanchez will have two years remaining on his £300,000-a-week contract when he returns to Old Trafford from the season-long loan, but it is expected that the club will do their best to offload him.

The Chilean netted just five times in 45 games for United, but Ole Gunnar Solskjaer claimed recently that Sanchez can prove his critics wrong if he is given a second chance next season.

And now the Manchester Evening News claims that Man Utd ‘have started scouring for clubs interested in signing Sanchez on a permanent basis.’

Despite Solskjaer’s comments to the contrary, the Norwegian boss has already decided that Sanchez will not be part of his plans going forward.

The report adds that Solskjaer ‘has talked Sanchez up in press conferences so his re-sale value does not dwindle.’

Man Utd ‘intend to sign two forwards in the summer’ after missing out on Erling Braut Haaland in January and having to settle for a loan move for former Watford striker Odion Ighalo.