Home Mediawatch Why oh why did Man Utd not sign another Andy Kellett? 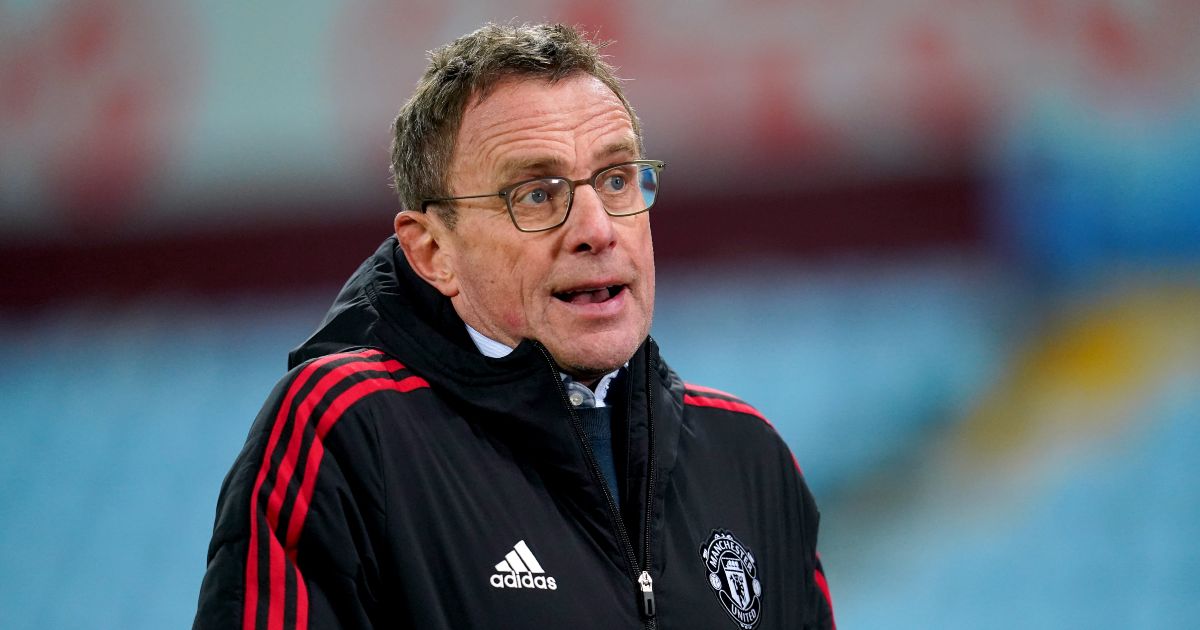 Power of suggestion
Manchester United not signing any players in the January transfer window has been a blow for all those ‘transfer-news/manchester-united’ URLs – and is definitely why the club has been described as ‘hapless’ and ‘a mess’ – and now the Mirror website wants us all to think that there is something more complex afoot here than ‘club with no permanent manager in good form wants to wait until summer’.

No, it suggests – as you admit in the tenth paragraph of this absolute bollocks – that ‘United want to bolster their squad when they have an idea who is in charge with Rangnick only coaching on an interim basis’. Which is absolutely what Fabrizio Romano said when he revealed the ‘triple transfer snub’:

Manchester United were offered the chance to sign Boubacar Kamara, after Denis Zakaria and Julián Álvarez – turned down because of new manager plans in the summer. 🔴 #MUFC

Buy options not included in Donny and Martial deal for the same reason.

Still, we clicked. So who is the dick here?

Failure by design
The Manchester Evening News are at it now…

‘For most Manchester United supporters, the January transfer window has been slightly disappointing, and it’s got to the point where we want to see the team playing football again.

‘The two-week winter break means supporters have been forced to focus on proceedings in the January window, which has made the situation even bleaker.

‘Despite loaning some first-team players out of the club, United have been unable to back interim manager, Ralf Rangnick, failing to capture any new additions in the winter market.’

‘The absence of a permanent manager, the presence of an interim, a bloated squad and the constraints of the winter window made any January incoming at United a non-starter.’

You Rang, my lord?
Sorry (not sorry) to labour the point but this idea that Manchester United’s lack of January signings is somehow a massive surprise or a blow to Ralf Rangnick has been repeated and repeated, particularly by the Mirror.

It is beyond the point of baffling now. Why would a team that has lost just one of its last 13 games spend money in a window that is generally only for the desperate (or occasionally the forward-planners like Liverpool) while they only have an interim manager?

Here’s how the latest offering begins:

‘Ralf Rangnick was warned he took on the impossible job when he succeeded Ole Gunnar Solskjaer as Manchester United’s interim coach until the end of the season. But with the club’s surprising reluctance to make any signings in the January transfer window, his task has arguably become even tougher.

‘United’s lack of business was not for the want of trying, at least on Rangnick’s part. He held transfer meetings with his superiors, laid out his plans to secure targets and publicly told the board where they needed to strengthen, identifying Erling Haaland and Jude Bellingham as his priority signings.’

This is wilful nonsense. We were told last month by the Mirror that ‘interim manager Ralf Rangnick shares Murtough’s concerns over United’s midfield options despite the partnership of Scott McTominay and Fred showing signs of promise in recent fixtures’ and that ‘United have made Bellingham, 18, their priority target ahead of the summer transfer window’.

‘Instead, the German coach was rewarded by losing two useful squad players — Anthony Martial and Donny van de Beek — on loan without adequate replacements coming in to replace them.’

He literally okayed those transfers – probably because he had used Martial for a total of eight minutes and Van de Beek for 115 minutes. The return of Paul Pogba will more than compensate for that particular ‘loss’.

‘It could have easily been three departures had Jesse Lingard’s exit not been blocked by the board, with Rangnick giving the attacker his blessing to leave on loan.’

So he’s probably alright with the size of his squad; in fact, you could argue that his task has become easier as he now has fewer players to appease. He still has 18 players he has used more than Van de Beek at Manchester United even without Mason Greenwood.

‘While none of those moves came as a shock, the 63-year-old was probably at least expecting to be allowed to find some players to bolster his squad — only to see United’s deadline day end in an abnormally quiet fashion.’

Nope. He wasn’t expecting anything of the sort. That is seemingly the reserve of the digital writers of Reach. And as for ‘abnormally quiet’…as a piece on the esteemed Mirror website said just three days ago: ‘Manchester United aren’t renowned for their deadline day signings in the January transfer window, yet they’ve still made four in recent years.’

Those four? Frederic Veseli, Andy Kellett, Nathan Bishop and Odion Ighalo. How bizarre that they chose not to carry on that grand tradition and get involved this year.

‘For the supporters, the situation bears some similarities with a broken record in an old jukebox that continues to play over and over. Without fixing the problem, the same issues will unfold.

‘It means now that if United were to suffer injuries to McTominay and Fred, only Nemanja Matic and a fitness-starved Paul Pogba would be around to deputise.’

Yes, they only have four international central midfielders, one of whom is a World Cup winner and is about to return from injury to a winning Manchester United side.

‘Now, he has to maximise the potential of his current squad to make a success of his short stint in charge, though few would argue United’s resistance to backing him in the market has made that job more difficult.’

Oh some would. We would. We’re not entirely sure how it can be ‘more difficult’ when he has largely the same squad, except Pogba has now replaced Van de Beek.

‘Rangnick still has a number of issues outstanding in his squad to resolve. Not only with Lingard, who is bound to be furious at the club’s decision to deny him his wish to leave on loan, but also with underperforming stars such as Jadon Sancho.

‘The 21-year-old has scored only one Premier League goal since his £73m move from Borussia Dortmund and his performances have only slightly improved in recent months. Questions remain as to whether Rangnick’s favoured 4-2-2-2 setup is the best formation to get the best out of him.’

Well those questions became somewhat moot when Rangnick abandoned that formation a month ago after the only defeat of his reign against Wolves. Pay attention, fellas.

‘After spending some time on the bench behind 19-year-old Anthony Elanga, Sancho is now likely to get a run in the side under Rangnick. Without new signings to inject some new life into the squad, it will be up to him to find a way to make his side click again.’

First, he spent a whole 78 minutes on the bench behind Elanga. Second, why does he need ‘to find a way to make his side click again’ when they have literally lost one of their last 13 matches? Third, that really was a steaming pile of nonsense.

Endrick L’amour
The quest for Manchester United transfer news is real. So real.

That’s one hell of a headline from The Sun, who report quotes from MARCA (big clue there) from Endrick’s dad (not Endrick) about Ronaldo, writing – presumably with a straight face – that ‘Manchester United have been handed in a boost in their pursuit of Endrick Felipe’. We are trying to ignore the extraneous ‘in’ and concentrate on the mental gymnastics involved in this story.

Talks have already reportedly been opened between Endrick’s club and Real Madrid and yet The Sun would have us believe that Endrick’s love for Ronaldo gives Manchester United an advantage.

Odd that when he said that Real Madrid “is a club that I have great affection for Cristiano Ronaldo, whom I always followed, with the four Champions Leagues he won there. I have a great affection for Real for Cristiano, although I have also looked for things in their history and they are a very good team. It is very gratifying for me to know that they are watching me and witnessing my games, I thank God very much”, he did not mention the club Ronaldo left when Endrick was three.

‘But with the likes of Real Madrid, Barcelona, PSG, Chelsea, Liverpool and Manchester City tracking his situation, it is United who may have gained an advantage.’

Advantage
‘Manchester United could well hold a major advantage over some of their rivals as the world’s top clubs fight it out for Brazilian wonderkid Endrick’ – Manchester Evening News.

‘Could well’ is hiding a whole multitude of sins there.

DAYS I remember all my life
‘Steve Bruce will be named new West Brom manager job within DAYS just three months after Newcastle sacking’ – The Sun.

Did they really expect it to take WEEKS?