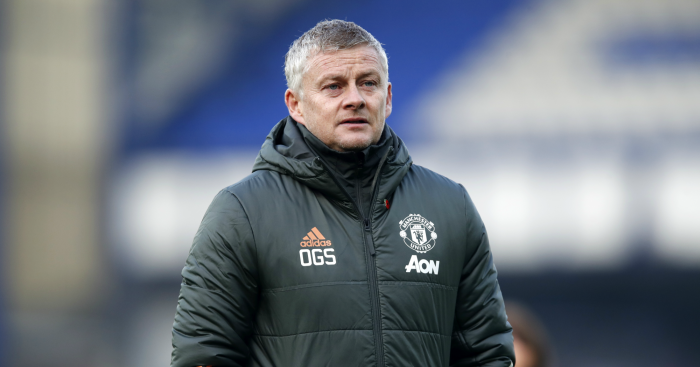 This week, Dimitar Berbatov has had his say on who he thinks should be making up the front three at Manchester United

The former United striker has encouraged Ole Gunnar Solskjaer to trust Edinson Cavani to lead the line, while suggesting that Anthony Martial and Marcus Rashford should play either side of the Uruguayan.

The former Paris Saint Germain man has struggled to settle in at Manchester United thus far. Initially deemed not match fit, Cavani has only received a handful of appearances off the bench this season, unable to secure a starting spot.

F36 FEATURES: Ranking every Premier League club by U-21 minutes

Game time was easier to come by on international duty, however. During the international break, the veteran striker scored in Uruguay’s 3-0 win over Colombia last week, and started against Brazil on Wednesday before being sent off in the 71st minute for a challenge on fellow Premier League star and Everton forward Richarlison.

However, this has not tainted Berbatov’s belief in Cavani – who scored his debut goal last time out for the Reds, coming off the bench in 3-1 win against Everton.

“We already knew he had plenty of passion, otherwise he wouldn’t have such a fantastic goal-scoring record,” wrote the Bulgarian for Betfair.

“I want the big Uruguayan to score more for United, after getting his first against Everton a couple of weeks ago, but to do that he needs to play more minutes.

“I want to see Cavani play down the middle, with Anthony Martial on the left and Marcus Rashford to the right.

“When he has come on, Cavani has looked sharp so far for United and made some excellent runs.

“At 33, he’s in great shape and, with young guys around him, he could be lethal for United.

“Saturday’s home match against struggling West Brom would be a perfect opportunity for Solskjaer to play Cavani in the centre of the United attack.”

Solskjaer’s United have had a turbulent start to the season, and will be hoping to find some consistency going into the Christmas period.