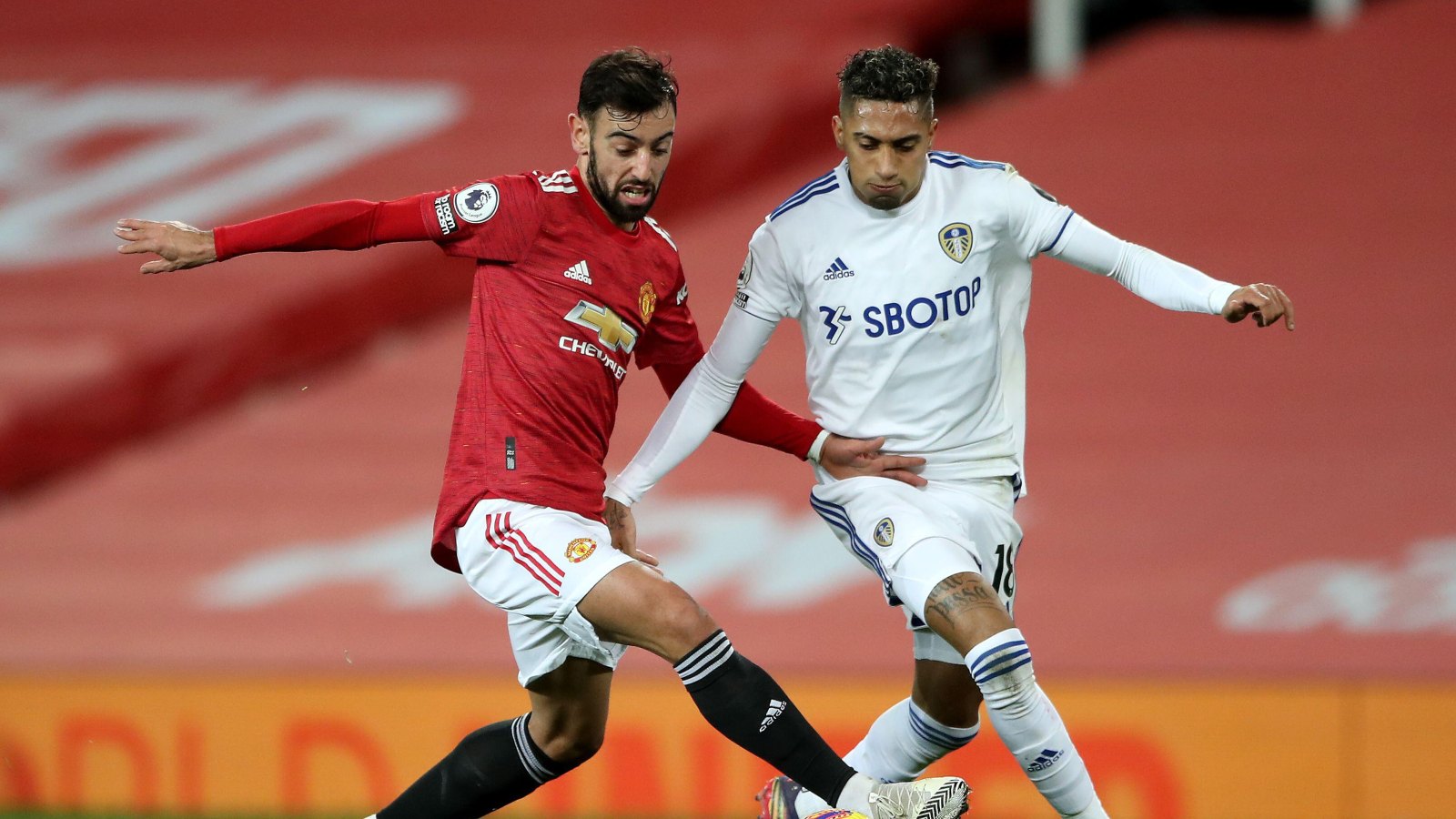 Manchester United midfielder Bruno Fernandes could play a key role in convincing Leeds winger Raphinha to turn down a move to Barcelona in favour of Old Trafford.

Brazilian winger Raphinha has been heavily linked Spanish giants Barcelona in recent months whilst United have also shown an interest in the Leeds man.

The 25-year-old enjoyed another good season in a struggling Leeds side this season, scoring 11 time in the Premier League, including one on the final day to help them fight off the threat of relegation.

He is likely to move this summer as he looks to guarantee his spot in the Brazil squad ahead of the World Cup at the end of the year.

Barcelona is the more likely destination but according to the Express, United could have an ace up their sleeve if they wish to bring Raphinha to Old Trafford as part of Erik Ten Hag’s rebuild.

United’s attacking midfielder Fernandes played with Raphinha at Sporting Lisbon and the pair reportedly had a good relationship on and off the pitch.

United are short of attacking options heading into next season with only Cristiano Ronaldo, Marcus Rashford, Jadon Sancho, Anthony Elanga and Anthony Martial on the books.

Ronaldo will turn 38 next season whilst Rashford and Sancho have struggled for form this season. Elanga has impressed but is still only 20-year-old and Martial will be returning from his loan spell at Seville unsure on what the future holds for him.

Meanwhile, United have confirmed at interim manager Ralf Rangnick will not stay on in a consultancy role next season.

“We would like to thank Ralf Rangnick for his efforts as interim manager over the past six months.

“By mutual agreement, Ralf will now focus solely on his new role as manager of the Austria national team and will not therefore be taking up a consultancy role at Old Trafford.

“We would like to wish Ralf the best of luck in this next chapter of his career.”