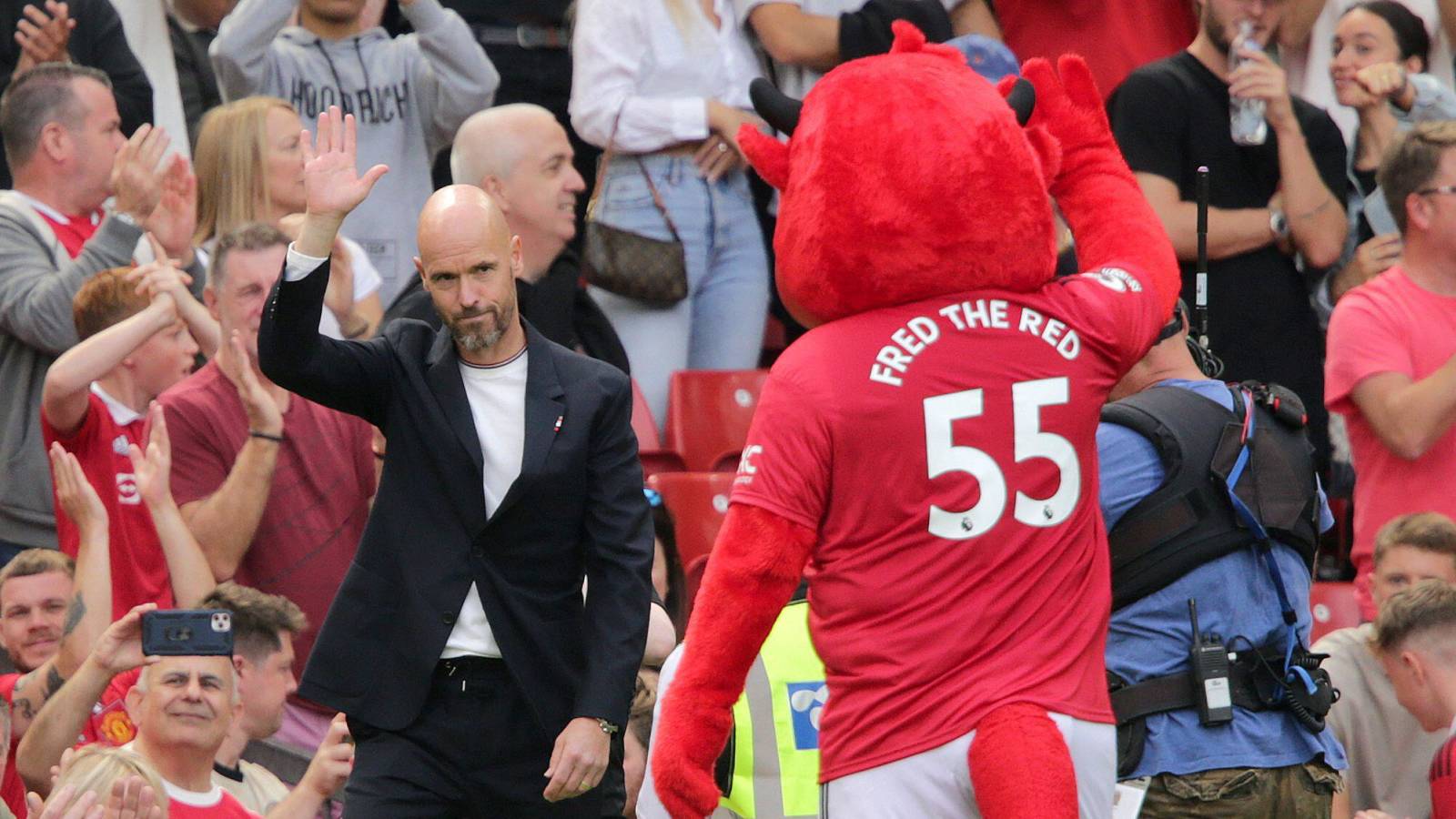 Has defeat to Brighton accelerated Manchester United takeover plans? Obviously not, but there are clicks to be clicked. Meanwhile, Erik ten Hag has some dinner and Thomas Tuchel finally matches up to his Chelsea predecessor in one key metric. It’s a big ol’ Monday Mediawatch.

Coulda Woulda Shoulda
Sensational effort from the Express in finding a different angle to the latest Manchester United Unpleasantness. While other, lesser outlets focused on Erik ten Hag or McFred or Ronaldo or Paul Scholes doing a swear, the Express have earmarked the owners as a rightful target for opprobrium.

So far, so good. But where to go with it? For the Express, just simply invent a story about a possible takeover based on precisely zero new information whatsoever.

‘Man Utd could be rescued from the Glazers by Sir Jim Ratcliffe after woeful Brighton loss’ barks the headline.

Seasoned Mediawatchers will be ahead of us and already prepared for the likelihood that “could” is doing more heavy lifting here than Emily Campbell. Let’s find out.

‘Manchester United owners the Glazers are in the spotlight more than ever before after Sunday’s chastening 2-1 defeat to  Brighton. The Red Devils are a club being mismanaged at the very top after nine years in the wilderness since Sir Alex Ferguson’s retirement in 2013. And Sir Jim Ratcliffe is one of the only people on the planet with the wealth to oust them.’

This is all accurate, but does nothing to dispel the idea that two and two are about to be added together to make three billion quid.

‘Back in May, the Independent claimed industry insiders think Ratcliffe wasn’t bothered by his failure to buy Chelsea.

‘The 69-year-old billionaire had been interested in purchasing the Blues from Roman Abramovich, before missing out to Todd Boehly.

‘And it was stated there’s a feeling that the approach was ‘really about broadcasting to the Glazers’ that Ratcliffe is willing and ready to buy United.’

Hmm. Starting to all feel a bit flimsy, this. Surely something has happened since May beyond an admittedly disappointing opening-day defeat to Brighton to merit this entirely new story? Surely there have been some developments?

‘Since then, obviously, there’s been no developments.’

Ah! Well, at least, as the Express themselves have noted, there are only a finite number of billionaires who can be linked with Manchester United based on zero new information after each subsequent defeat. Elon Musk next, please.

‘Erik ten Hag had a nightmare with a German – so drowned his sorrows with an Italian,’ clunks the intro to a story in which, you’ll be pleased to know, Italian restaurant Piccolino is described as both ‘plush’ and a ‘swanky eatery’.

Our biggest gripe, though, is with the headline. We usually have a grudging respect for The Sun’s punning abilities even if what’s contained below contains no viable content whatsoever, but “TAGLIA-TEN-E” has divided opinion here between those who (wrongly) think it so bad it’s good and the rest of us who rightly believe it’s so bad it’s bad. At least try and find out if he had a starter…

Winners and Losers
A brilliant new concept from the Mirror, who have come up with the idea of listing the weekend’s “winners” and “losers” with a bit of explanatory copy for each entry. We think it could catch on.

But if we could give one note? If we were going to do a feature along these lines, we’d maybe think of doing it for the whole weekend’s action rather than just focusing in on one very high-profile game. Because the way you’ve done it just means your winners are “winning manager”, “man who scored two goals for winning team” and “famous player who wishes to leave losing team” while your losers are “losing manager” and “conspicuously crap players on losing team”.

Trust the process
Seems ages ago now, but Arsenal’s 2-0 win at Crystal Palace on Friday night was certainly impressive and there are plenty of reasons for optimism about the Gunners this season. But we’re not quite sure that Mikel Arteta’s 50th league win as Arsenal manager in ‘just’ 98 matches quite justifies the Daily Star’s billing as a ‘telling stat’ that ‘proves Arsenal are going in the right direction’.

It’s a record almost as good as Arsene Wenger’s, we’re told breathlessly, apart from the one tiny minor detail that Wenger’s first 98 league matches also produced a league title rather than a best of fifth place in which a Champions League spot was handed meekly to Tottenham.

Liver spots
Manchester City are the best team in the country, a status apparently further cemented by Erling Haaland transforming from fraud to goal machine in the space of seven days, but the problem remains for all football outlets that they still just don’t drive traffic numbers in the same way as Liverpool and Manchester United.

It’s a huge problem for the industry, but the Daily Star have hit upon a novel solution. Simply take the three good things about Manchester City you spotted (incidentally part of a wider trend for the industry-standard number of things to be spotted dropping from the previously standard five. Everyone is having to cut back in these difficult times) and rebadge them as three things to worry Liverpool.

The three things the Star’s eagle-eyed operatives noted, for completeness, were Haaland scoring two goals, City having quite a lot of possession, and Jack Grealish. These are, we imagine, the three thing most occupying Jurgen Klopp’s thoughts today.

And it’s live!
Not really sure what to do with this so we’re just putting it here that the Daily Star’s website treating day one of Ryan Giggs’ court case, where he is accused of attacking his ex, like a live minute-by-minute with the excited all-caps headline “WE’RE UNDERWAY IN MANCHESTER!” seems… a bit off?