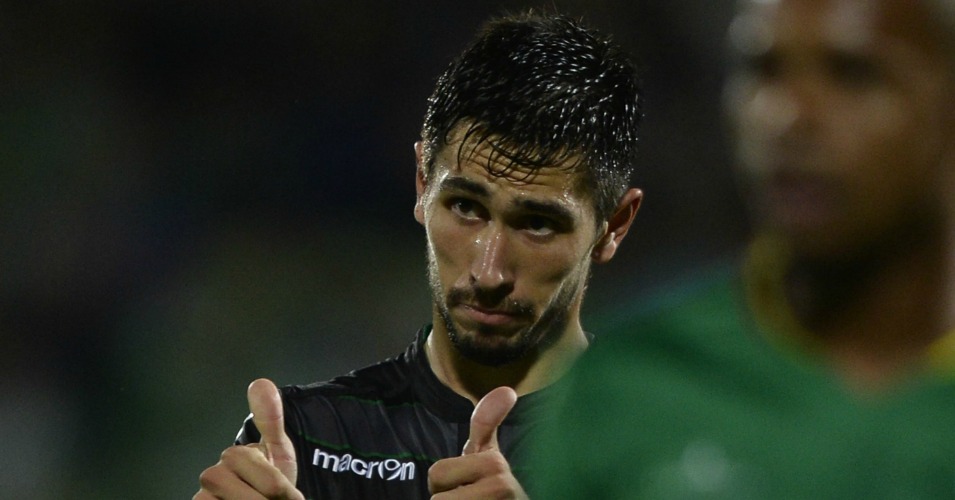 Paulo Oliveira says reports linking him with a move to Manchester United are “a good sign”, but the Sporting Lisbon defender is “happy” in Portugal.

Central defender Oliveira has been linked with a move to Old Trafford in January, with the 23-year-old impressing for Sporting in Portugal.

Chris Smalling is currently first choice under Louis van Gaal with central midfielder/left-back Daley Blind generally trusted alongside him, but it’s believed that Van Gaal might want an actual defender to utilise in defence.

Speaking to Portuguese TV station Antena 1, Oliveira, who had been linked with a move for around £6million, spoke of his delight at the links, but insisted he is “happy” where he is for now.

“It’s a good sign,” Oliveira said. “I don’t know the truth of these claims, but it’s good to know that your work is being assessed and I have continue to work so as to not rest on my laurels.

“I’m happy to be here and I hope to win more titles. The group is united and our main objective in each game is to win, which we will do because we have a talented group and we trust each other.”