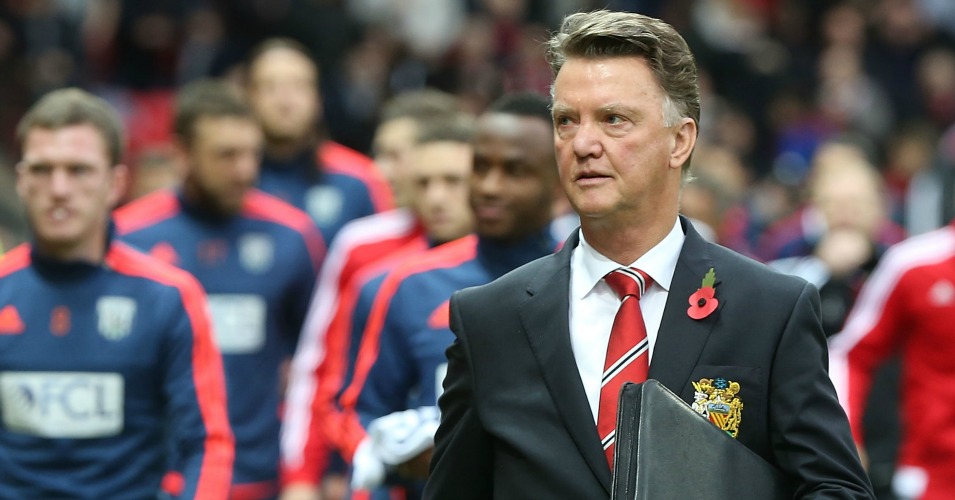 “You say we cannot attack and it’s not true. It’s only a moment in a process” – Louis van Gaal, November 1.

That was the message from Manchester United’s manager after his side’s 0-0 draw with Crystal Palace last weekend. That “moment” sure is dragging on. The only surprise on Saturday was that United won 2-0 rather than their customary one-goal margin.

This felt uncannily similar to Tuesday’s Champions League fixture against CSKA Moscow. United struggled to break down their stubborn opponents, looking sluggish in the opposition half but resolute in defence. The chants of “attack, attack, attack” came before kick-off in midweek. It took 40 minutes against West Brom.

Again Wayne Rooney was ineffective, although an improvement on his typical 4/10, while Anthony Martial was the brightest spark in attack. United also had one shot on target in the first half, maintaining their average at home in the league since the start of September. This was their fifth half-time 0-0 at home this season. Day-trippers heading to Old Trafford for excitement might be sadly disappointed.

United have an unerring ability to make every opposition – from Manchester City to Middlesbrough – look exactly the same: Tough to break down, comfortably kept at bay. Still not worked out whether that’s a compliment or insult.

“Everybody knows who has played football that the most difficult way to score is against a very defensive team,” Van Gaal said after the game. “The space is only at the wings and we have tried to do that. The only way you can play against such a defensive, organised team is the way we do it, you need patience.”

It’s a fair point, and the second half was again noticeably better. United displayed far more intention to move the ball quicker, and were deserving of their victory. Jesse Lingard’s goal was superbly taken, while Martial deserved his role in the goal that clinched victory. This was Juan Mata’s first goal or assist for four league games. The only person not mentioned is Rooney. Again.

Lingard has waited for his chance at Old Trafford. He turns 23 next month and yet this was just his second start in the top flight. The first came on the opening day of last season, injury crisis seeing him picked at right-back against Swansea. He lasted 24 minutes before injury ruled him out until February.

Now it is form rather than injuries that have afforded him an opportunity. “We still need players with more creativity and pace on the wings,” Van Gaal said in midweek. “That’s the reason why Lingard plays.” A penny for the thoughts of Memphis Depay as Lingard takes his opportunity?

Whatever the frustrations with Van Gaal’s style, the manager is not one to pick on reputation. Eighteen-year-old Cameron Borthwick-Jackson came on to make his United debut with 15 minutes remaining. It marked the first time a PG Wodehouse character has played in the Premier League.

“I give every player a chance – always,” he said after the game. “When you are in my squad I will give you a chance. Jesse has grabbed it with both hands.”

Where you sit on Van Gaal’s United style depends on your disposition. Are you half full, recognising that this is United’s longest spell without conceding a league goal in four years? As Adam Bate tweeted after the game, United have gone twice as long without conceding a goal as the rest of the top six put together.

Or are you half empty? Does United’s ranking of 19th for shots taken and 17th for chances created make you itch? Do you sit at Old Trafford and dream of sexier footballing times? It is difficult to see the two distinct camps meeting in agreement any time soon. Van Gaal is too headstrong to change for anyone.

The answer probably lies in which direction United lurch next, but there is hardly cause for frantically ringing the alarm bells at Old Trafford. United have the joint-best defence in the league, sit one point from the top and have lost one of their last 11 games in all competitions. Furthermore, 14 of the 24 players used in the league this season are aged 25 or under. This is a squad for the next five years, minus their No. 10.

This was another afternoon on which United frustrated before finally delivering, but this is quickly the exception that is becoming rule. Playing with style and winning matches might not be mutually exclusive, but Van Gaal at least has them in the right order of importance.