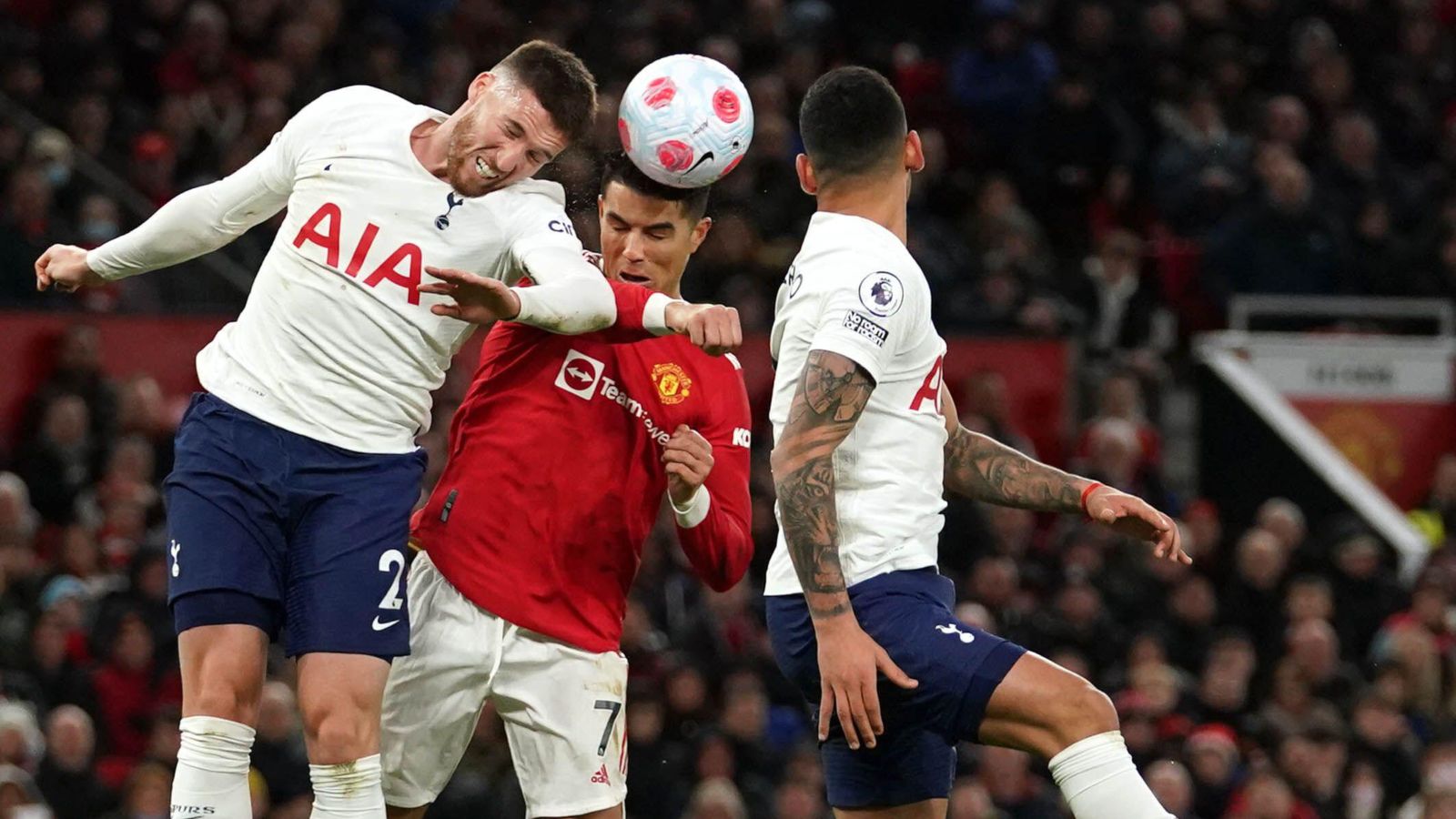 Red light means danger
Did you think that Tottenham being fourth in the Premier League and having won six of their last seven games while scoring 26 goals while Manchester United and Arsenal have faltered means that they are favourites to actually finish in the top four now?

If you answered ‘yes’ then you are a fool because the Mirror website has news for you:

You’ll want to read on if you are a Manchester United fan as you really could do with a ‘timely boost’ after defeat to Everton left you six points behind Tottenham.

‘Tottenham Hotspur’s hopes of a top four finish this season may have taken significant damage in the wake of Matt Doherty’s campaign-ending knee injury.’

After all, when he went off against Aston Villa on Saturday night, Tottenham went from winning 1-0 to, erm, winning 4-0. They definitely won’t want a repeat of that.

‘The news will put the likes of Arsenal and Manchester United on red alert as the pair currently sit behind Spurs in fifth and seventh respectively, desperately hoping to catch Antonio Conte’s troops and their ambitions of Champions League football next term.’

We imagine there were flashing lights and buzzers at Arsenal and Manchester United, though not at sixth-placed West Ham because of reasons related to clicks.

It looked like Manchester United were out of this Champions League race after winning just one of their last five Premier League games but this really does offer a massive lifeline. That six-point gap has just disintegrated before their very eyes.

‘The 30-year-old Republic of Ireland international has gone from struggling for form to one of Spurs’ most important players in recent weeks. Doherty is thriving in Conte’s system which places a lot of the attacking burden on the wing-backs shoulders. In his last five games alone, the former Wolves defender has managed to register two goals and two assists as his side hit form at just the right time.’

Or one goal and no assists, but who’s counting? Well, us.

‘In Doherty’s absence, Spurs will now have to rely on Brazilian international Emerson Royal who has endured a mixed start to life in North London having joined the club in the summer from FC Barcelona.’

Is that the same Emerson Royal who started the last two Premier League victories v Newcastle and Aston Villa and scored against the former? That fella?

‘Arsenal sit three points behind their North London neighbours with an inferior goal difference, but do still have one game in hand over Spurs. The situation is more bleak for United, who now find themselves six points adrift of Conte’s side having played the same amount of games.’

It was indeed bleak but then came this ‘timely top four boost’ and it’s basically in the bag.

Warn of the worlds
And in the latest instalment of ‘let’s pretend that somebody has said something interesting about the title race’, The Sun are claiming on their back page that ‘KYLE WALKER warned Liverpool that Manchester City will make themselves The Uncatchables’.

It’s almost like he’s not warning anybody at all but instead talking in an incredibly anodyne way about a title race that really could go either way.

And she blew…
Stan Collymore writes in the Daily Mirror that ‘Manchester City will be happier than Liverpool with Sunday’s draw’. Did he not get the memo that they ‘blew it’?

Crystal balls
Over in the Daily Mail, you will be astonished to find that Liverpool man Dominic King has looked into his ‘crystal ball’ and predicted that Liverpool will win all their remaining games to eventually beat Manchester City by a point. Consider our world utterly rocked.

Can we build it?
We actually agree with Collymore (it can happen) that Antonio Conte would be a better fit for Manchester United than any other manager, but casting him as a ‘club-builder’ is more than a little silly; he has never stayed anywhere longer than three years.

Creak of the week
Elsewhere, Collymore – clearly bored of making sense – has this to say about Real Madrid, who are 12 points clear at the top of La Liga and 3-1 ahead in their Champions League quarter-final:

‘If they win the Champions League this season, this gives them a chance to sell the club to Mbappe, Haaland and the next potential generation of galacticos. Real are creaking at the seams at times with the old guard – Benzema, Bale got booed when he came on against Getafe.

‘They have great players, like Barcelona, but they’re players who ordinarily Real or Barca wouldn’t be having at this stage of their careers.’

They have certainly looked like they are ‘creaking at the seams’ as they won eight of their last nine games, sending PSG crashing out of the Champions League and being on the verge of beating the reigning champions.

And Karim Benzema definitely looks like he is ‘creaking at the seams’ with his 37 goals this season.

Anybody suspect that Collymore has not noticed Vinicius Jnr (21) doing really quite well at Real?

As for Mbappe and Haaland needing to be persuaded to play at Real Madrid by Champions League triumph…it’s far, far more likely the Norwegian says no because he does not want to compete with the ‘creaking’ Benzema.