Home Mediawatch Manchester United are ‘top of the league’ so shush… 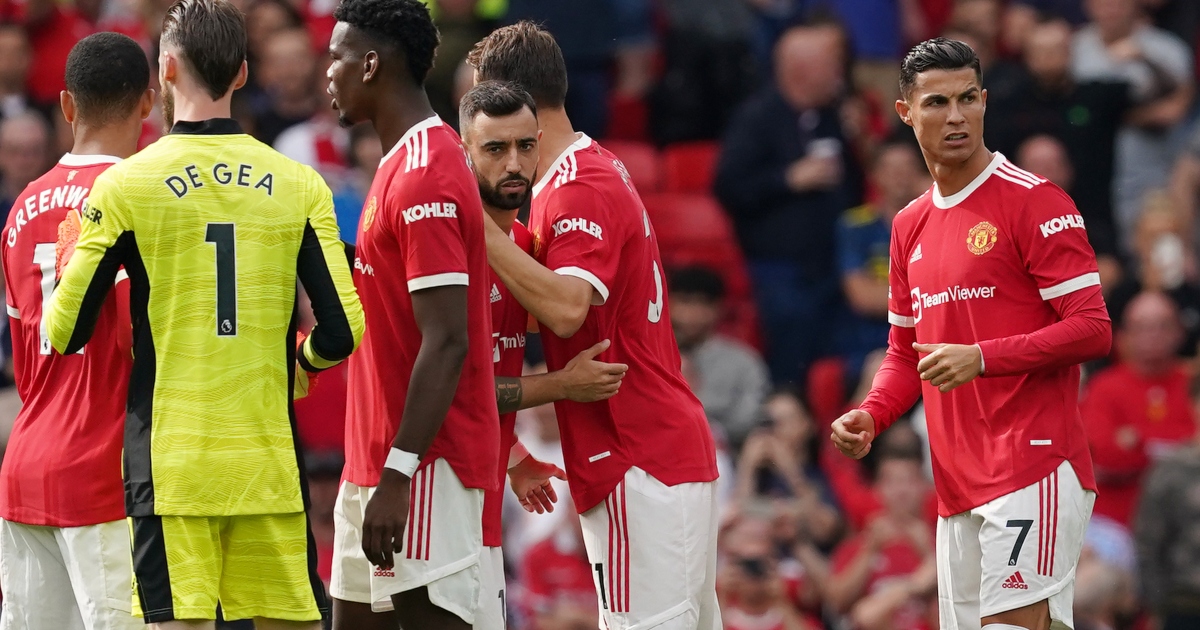 The quest for Ronaldo clicks is so real that sometimes you pick the wrong Ronaldo. And Manchester United are top of the league!

Do Ron, Ron, Ron
Now we’re not saying that The Sun‘s entire editorial policy begins and ends with the words ‘Cristiano Ronaldo’, but their actual front page splash – the day after a cabinet re-shuffle – is an exclusive about him moving home because he was being woken by sheep.

Insert you own baad joke here.

Shock horror
Once we had edged past the amusement at The Sun back page saying that ‘JORDAN HENDERSON ended his seven-year Champions League itch’ as if he hadn’t, well, won the whole damned thing in the interim, we turned to their match report from the Liverpool game.

There we learned that Jurgen Klopp ‘rested three key players and almost paid the price’ and that the German ‘made the shock decision to bench Virgil van Dijk, Sadio Mane and Thiago Alcantara’. Would that be the same Thiago Alcantara that had started just one of Liverpool’s previous four Premier League games? If you’re shocked, you have not been paying attention.

Sol searching
Further inside The Sun comes the Neil Custis piece we were absolutely expecting – that Manchester United’s defeat to Young Boys was ‘not the end of the world’ and that talk of him losing his job is ‘absolute rot’. Now, we shockingly agree with Custis here – one defeat does not mean that Solskjaer is not fit to manage Manchester United. But seven defeats in 11 Champions League games is a pretty sodding strong suggestion.

We also have a slight issue with Custis’ argument that Sir Alex Ferguson once lost in Switzerland too – to FC Basel in 2011 – so that proves that defeat there is not a disaster. After all, nobody called for the Scot’s head on the back of that shock loss.

At this juncture, it’s worth remembering that in December 2011, United had won four of the last five Premier League titles and had reached three of the last five Champions League finals. United and Sir Alex Ferguson had earned a little bit of patience.

Contrast that to a manager and team whose last European game was a Europa League final they somehow contrived to lose.

Credit to Custis though as he does acknowledge that some of Solskjaer’s decisions were ‘mind boggling’, though he follows that revelation with this sentence:

‘From a third-place finish to second and now top of the league, the progression under Solskjaer is there for all to see.’

Give the man a knighthood.

Reade it and weep
In the Daily Mirror, Liverpool fan Brian Reade enjoyed that defeat of Manchester United. But he has everything arse about face if he thinks that such results are a blow to European Super League plans. If anything, it will accelerate them.

‘Whatever happened to football fans being told we needed to kill off the boring old Champions League format because annoying minnows like Young Boys no longer have a role in the dramatic theatre involving the world’s best performers? Oh, the irony.’

Oh, the irony indeed. The problem for Europe’s biggest clubs is exactly that ‘minnows like Young Boys…have a role in the dramatic theatre’. They know they do and they absolutely don’t want it. It’s results like this that prompt Joel Glazer and co to wonder how they can stop this happening.

‘What a way to point out to the arrogant money-grubbers who wanted a closed shop, in which those with the biggest global fan bases play each other with no threat of relegation, that doing so kills the magic of football.’

‘The Champions League format is far from perfect but still feels as though it has the potential to thrill, shock and put noses out of joint.’

Exactly. Which is why it is doomed.

Sorry (not sorry)
‘JESSE LINGARD has apologised to Manchester United fans for his gaffe that cost them a Champions League point at Young Boys,’ reads the story on The Sun website.

No he hasn’t. And nor should he. He said he was ‘upset for his part in the defeat’. That is enough. Leave him the f*** alone.

Polden out for a hero
We’re late to this but as it is still the ‘most read’ story on Mirror Sport at 12pm on Thursday, we cannot let this slide by without comment:

Even for the inimitable Jake Polden, this is astonishing.

What has Ronaldo done? And what have the players said? No wonder this has brought in a zillion clicks.

The ‘dressing room behaviour’ is actually what Ronaldo eats, which is actually ‘hotel behaviour’. And ‘Man Utd players speak behind his back’ actually refers to the players discussing what he eats in said hotel. The sneaky buggers.

But no bugger is sneakier than Polden, who has become the unofficial Ronaldo correspondent of the Mirror with an impressive ten stories in the last four days alone.

The pick of them is this one:

One of those ‘warnings’ came from Fabio Capello, who apparently ‘struggled’ to get the best out of Ronaldo. Quite possibly because he never managed Ronaldo. Or at least not this Ronaldo.

Can you spot the clue in Capello’s comments that he was not talking about Cristiano Ronaldo?

“The most difficult to handle was the best I coached: Ronaldo, ‘Il Fenomeno’.”