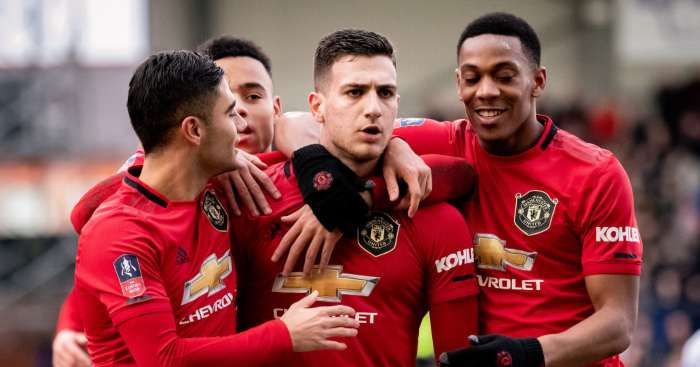 Dalot has emerged as an option for Tottenham, Barcelona and PSG in recent months after struggling with injuries and competition at Old Trafford.

The right-back has started 23 games since joining from Porto for around £19m, with the signing of Aaron Wan-Bissaka a year later having stunted his first-team development.

Jose Mourinho was said to have retained an interest in his compatriot, leading to suggestions that Tottenham could bid £35m to sign him.

PSG have also been described as ‘very attentive to the situation’, while Barcelona were mentioned in passing.

But ESPN claim United are now ‘keen to keep’ Dalot this summer as Ole Gunnar Solskjaer wants him to ‘fight for his place while also providing cover at right-back and left-back’.

The loss of Ashley Young to Inter Milan has seemingly influenced that decision as Dalot offers versatility and back-up in the positions the former England international vacated in January.

Solskjaer could sign a defender in the transfer window, but ‘the search is likely to focus on a centre-back’.

They could face competition from Liverpool for first-choice target Kalidou Koulibaly, however, as Napoli hope to instigate a bidding war for the 28-year-old.

But PSG have abandoned their interest to give Manchester United hope of partnering the “so safe” Maguire with Napoli’s defensive jewel.