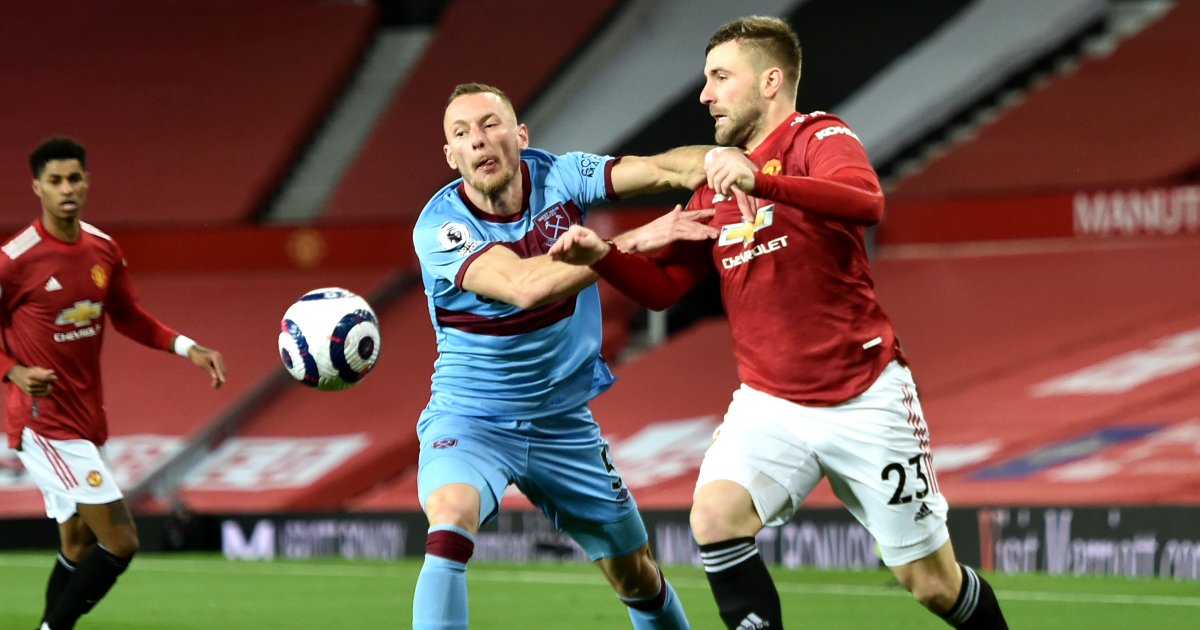 Here was another game that did precisely very little to settle matters. The facts are these: Manchester United moved back up to second in the Premier League with a 1-0 win over a West Ham team that has spent this season defying expectations – their own and everyone else’s – to such daft extent that this narrow defeat at Old Trafford feels like a significant missed opportunity.

That seems like a tick in the ‘good’ column, to be fair.

On the flipside, it was all just a bit ‘meh’. Especially coming on the back of a North London Derby that also answered few questions about those two teams but was at least more entertainingly silly and confusing.

That’s probably a touch harsh on United in general, who could have won more comfortably had Lukasz Fabianski not made a couple of eye-catching saves – most notably turning a Mason Greenwood effort on to the post in the first half – and generally controlled the game against a team that has been hard to control in recent months.

This is also a period when those teams still in Europe are desperately trying to manage their way through games that come around with alarming regularity. We will definitely be able to make a more decisive call on United’s goodness at the end of a week that has started well and now moves on to a Fascinatingly Poised Europa League Tie with Milan and an FA Cup quarter-final against Leicester. Top four now looks certain – as certain as anything can be in this wacky world/football season – but we will have a better idea – maybe even a decisive negative answer – about whether that will come with a nice shiny pot to go with it a week from now.

Yet while we remain utterly uncertain about whether Solskjaer has made United any better, we are certain he has made Luke Shaw better. His was a career seemingly drifting inexorably towards the big, sad file marked ‘Wasted Talent’ when picked as the victim of one of Jose Mourinho’s occasional confidence-shredding missions but is now back, back, back.

Bruno Fernandes and his massive burden-carrying shoulders notwithstanding, have United had a more reliable performer this season than Shaw?

He has already played more Premier League games this season than last, and should ease past the 29 appearances the season before. This has been comfortably his best and most consistent season as a Manchester United player, and his form looks certain to earn Shaw a first England cap since September 2018 when he played as a wing-back in a team featuring a central midfield of Jesse Lingard and Dele Alli.

Shaw was impressive once again today against a West Ham side that might just wonder whether a visibly weary United side with such significant games to come before that international break might just have been there for the taking today with a bit more adventure. A cagey first half was understandable from both sides, but West Ham’s failure to truly engage with the enemy until behind just felt a bit of a waste.

Such thoughts are testament, of course, to the impressive season West Ham are compiling but having done so well to get this far it would be a crying shame to die wondering. They have not exactly buckled swash to reach this point, sure, and would not have been unduly flattered had this game ended goalless which would have been an absolutely fine result. But it still felt like an opportunity squandered.

Results around them – Everton and Spurs losing, Chelsea only drawing – mean West Ham have really lost nothing from this defeat, but those results also suggest there was nothing to lose here tonight. Their goal difference is unlikely either to match Chelsea’s nor slump to Everton’s (unless things have gone so wrong that it hardly matters anyway). This looked like something of a free shot against an opponent always unlikely to be at their freshest or very best.

With resurgent Arsenal before the international break and Leicester and Chelsea to follow in short order after it, a narrow defeat at Old Trafford might just end up an unlikely source of West Ham rue at the end of this unlikely West Ham season.