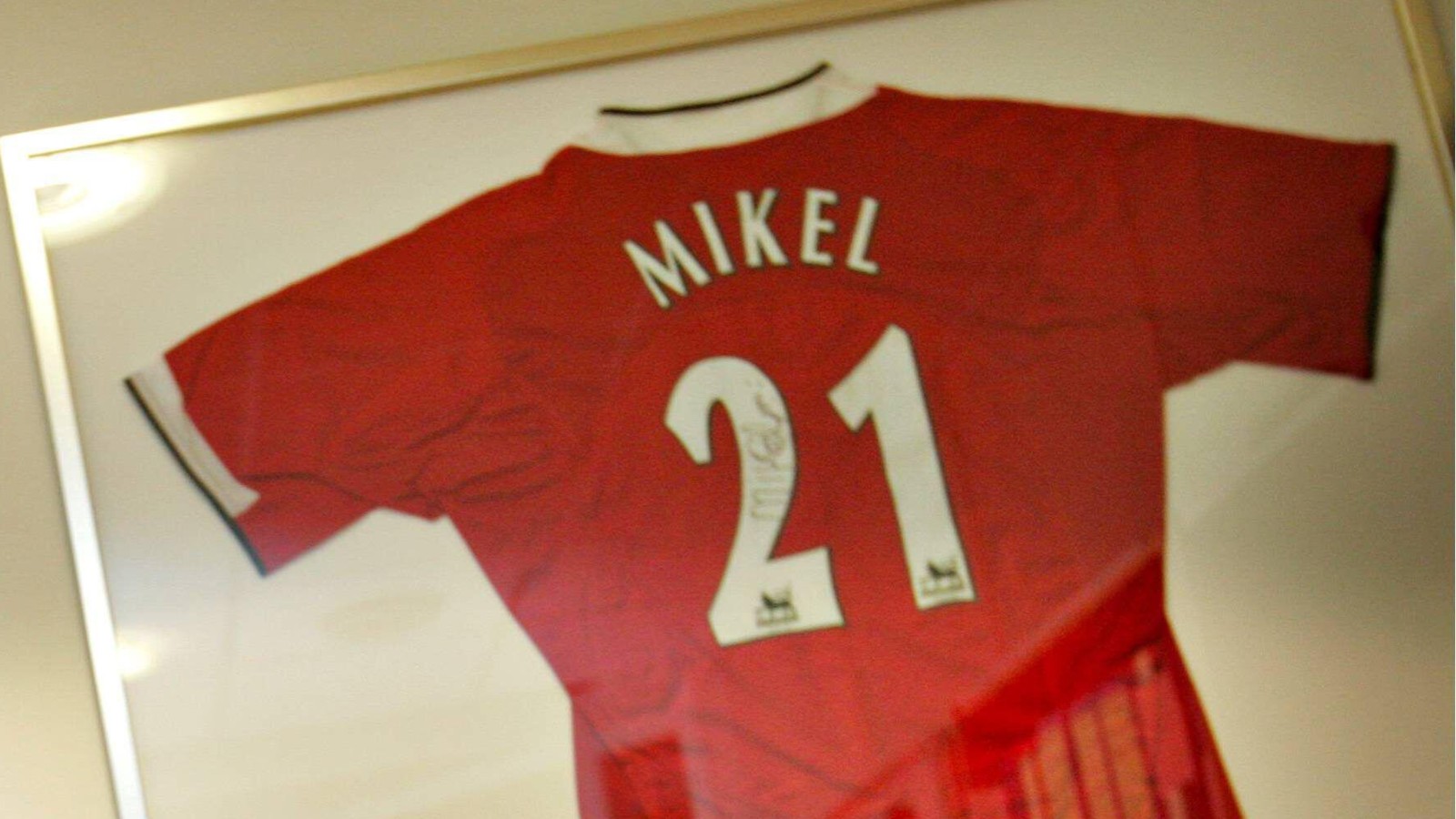 Manchester United legend John Obi Mikel has announced his retirement and it is safe to say he transformed the club which unveiled him in 2005.

John Obi Mikel has hung up his glorious boots at the tender age of 35, a mere 17 years after being unveiled as a Manchester United player.

“It’s totally fantastic to come to a club like Manchester United,” said the 18-year-old. “Not many players my age get that chance.”

And indeed nor did he. Chelsea had a word, Lyn Oslo got caught in the middle, Carlos Queiroz accused the Blues of “kidnapping” Mikel. It was a whole thing. FIFA had to intervene. But what if Ferguson got his own way for once? What if John Obi Mikel became a Manchester United player in April 2005?

The real timeline
Manchester United lose 4-1 to Middlesbrough in October 2005. Roy Keane misses the game through injury but makes an impact regardless as the guest on MUTV’s regular ‘Play the Pundit’ feature, during which a player was asked every Monday to analyse the previous weekend’s performance.

He lays into Edwin van der Sar, Rio Ferdinand, Kieran Richardson and Darren Fletcher among others in an infamous half-hour rant which the club’s in-house media channel would never release. It even includes an early prototype of one of his future Sky Sports evisceration staples: “He wasn’t doing his job,” said in relation to Richardson.

By November 18, following a fine that Keane appealed before a team meeting in which he showed no contrition, instead doubling down in front of his teammates, Sir Alex Ferguson and Carlos Queiroz, the midfielder was released from his contract after 12 years at Old Trafford.

The alternative timeline
A tired, disgruntled and injury-prone Keane would have been revitalised by the signing of Mikel. The Irishman would have extended his contract another couple of years and happily accepted a reduced playing role, retiring upon its conclusion and never joining Celtic.

“I trained with the first team. Roy Keane was my bodyguard,” Mikel once said of his time at Manchester United on a three-week trial in 2003. “Paul Scholes and Nicky Butt always tried to kick me but couldn’t when Roy was there because he’d have killed them.”

The real timeline
Manchester United win three consecutive Premier League titles from 2007 to 2009, as well as the Champions League, Club World Cup and League Cup. It is their last period of true sustained success, with Anderson playing 76 games.

The alternative timeline
Manchester United win three consecutive Premier League titles from 2007 to 2009, as well as the Champions League, Club World Cup and League Cup. But they keep Cristiano Ronaldo because Real Madrid are no longer bothered, having been distracted by the lure of Mikel.

Ferguson leaves in protest at the world-record sale of Mikel to the Spanish giants. He forgets to recommend David Moyes for the job so Manchester United instead seek to replace him with the next highest-placed Scottish manager. Sunderland, safe in 16th, reluctantly accept they cannot keep Ricky Sbragia from Old Trafford.

The real timeline
The European Super League is formally announced on April 18, 2021. It collapses within three days as the majority of the involved clubs pull out due to widespread fan backlash. Some grovelling apologies are issued. Tails return to an area between collective executive legs.

The alternative timeline
The European Super League is formally announced on April 18, 2021. It is the latest attempt to harness Mikel’s raw star power, which has become an unsustainable drain on the sport over the preceding years. There are no dissenters, with supporters kept on side with the promise of their club being bestowed their very own version of the Nigerian behemoth, dubbed the John Obi Miklone.

Gary Neville considers leading the resistance but is privately shouted down by Sky Sports colleague Kleberson.

The real timeline
Chelsea beat Arsenal in the 2007 League Cup final. Three players are sent off in stoppage-time after Mikel first waves a leg at Julio Baptista, then clashes with Kolo Toure. Both receive a red card, along with Arsenal substitute Emmanuel Adebayor, after the two sets of players indulge in a 22-man fracas/melee/brawl.

The managers also take to the pitch to try and defuse the situation as everyone watches on with bloodthirsty intrigue. The first person Arsene Wenger approaches is Jose Mourinho – the Portuguese is inevitably already fully in the midst of the sea of bodies – but he merely directs his adversary away.

Neither coach seems unhappy with the other’s conduct. Wenger apologises profusely for the behaviour of his players after the game but points out that “we have been top of the fair play table twice in the last few years”. Mourinho says, of Mikel: “If he did something wrong it is not for me to kill him, it is for me to educate him.”

But it is patently clear that this only furthered the bitter feud between the two managers, especially when their respective children – Cesc Fabregas and Frank Lampard – were booked for ragging each other about.

The alternative timeline
Chelsea beat Arsenal in the 2007 League Cup final. Didier Drogba scores. But with no late drama, Wenger and Mourinho are able to see beyond their differences as they share a relationship-healing moment in the dugout over the awkwardness of the modern zip on unnecessarily large coats.

John Obi Mikel would've had a bigger career if he had stayed with Manchester United. pic.twitter.com/o7bzccqQ5G

The real timeline
Malcolm Glazer acquires a 2.9% stake in Manchester United in March 2003. That is gradually increased to around 15% by that November, then close to 30% by October 2004. A controlling stake of just under 57% is established by May 2005 after J.P. McManus and John Magnier’s combined shares were purchased. The following month, after an aggressive pursuit of the remaining 43% hold of the club, the Glazers complete an £800m takeover.

It has been a roaring success for Manchester United, particularly financially.

The alternative timeline
Ferguson, McManus and Magnier put aside their differences over the ownership of lucrative racehorse, Rock of Gibraltar, instead enjoying their mutual possession of a new stud in Mikel. Ferguson never launches legal action against Magnier. The Irish investors, who were the largest shareholders in Manchester United with just over a quarter of the stock at one point in the early 2000s, never retaliate by forcing an internal inquiry into the club’s finances and transfer dealings. They resist overtures from the Glazers, who never increase their stake in the club enough to force a takeover bid.

Michael Knighton pledges to buy Manchester United in each of the next 20 years but to no avail.