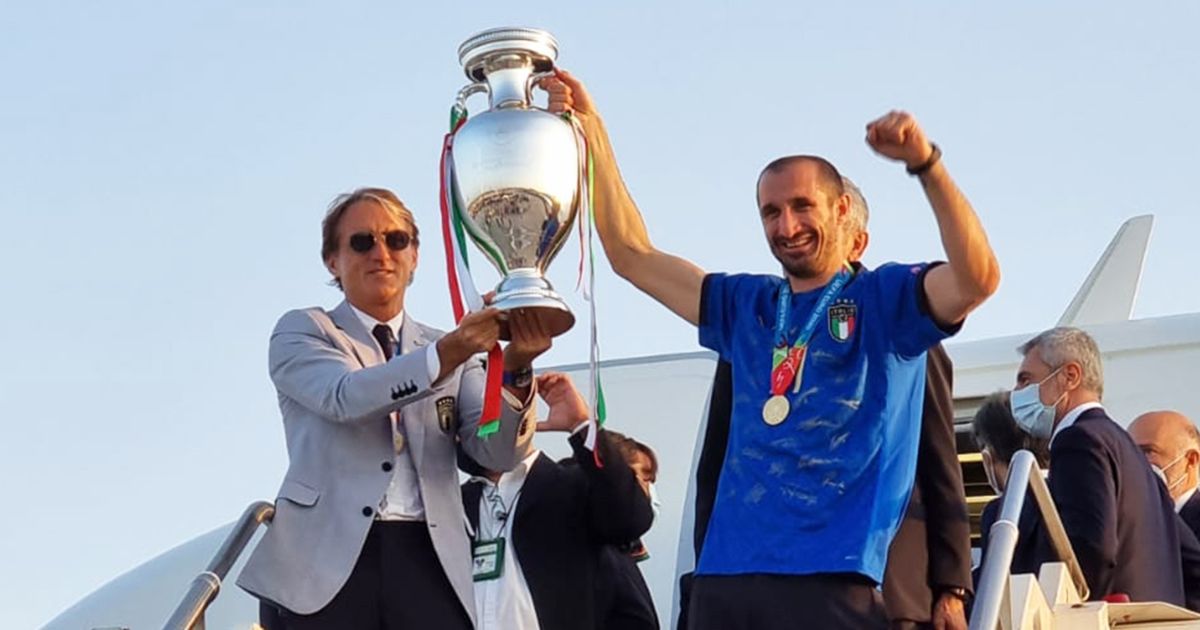 Triumphant boss Robert Mancini admitted his tears were for the whole of Italy after winning Euro 2020 following a dramatic penalty win over England.

Gianluigi Donnarumma saved Jadon Sancho and Bukayo Saka’s spot kicks after Marcus Rashford hit the post for England in the shoot out.

He clinched a 3-2 victory – following a 1-1 draw after extra time – despite Jordan Pickford denying Andrea Belotti and Jorginho from the spot.

Luke Shaw had put England in dreamland after just two minutes at Wembley but Leonardo Bonucci levelled for Italy in the second half.

Mancini has now guided Italy to their first European Championship title since 1968 and he was overcome at the final whistle.

“We don’t even realise what we have managed to achieve,” said the former Manchester City boss.

“We are delighted for people and the Italian public because they really deserve this after what has been a trying period. This is great joy for us.

“I cried on this ground 30 years ago after the 1992 European Cup final (when Sampdoria lost to Barcelona). That really hurt back then.

“Winning the European Championship for the first time since 1968 and bringing home the trophy I do think it is something incredible.

“Seeing everything we have managed to create, all of the hard work we have put in over the last three years but specifically the last 50 days which have been very hard.

“It’s the fact we have been able to forge this team spirit over the last 50 days, they have really created something which can never be separated going forward. They will always be synonymous with this triumph.”

In another interview with Sky Italia, Italy boss Mancini reckons Italy dominated for most of the game.

Mancini said: “It was impossible to even think about it, but the lads were extraordinary.

“I have no words for them, this is a wonderful group. It wasn’t an easy game and this one developed to become very difficult, but then we dominated it.

“On penalties you need to have a bit of luck and I’m also a bit sorry for the English.

“This team has grown a lot, I think we can still improve. We are happy for the Italians, I have no words for these guys.”