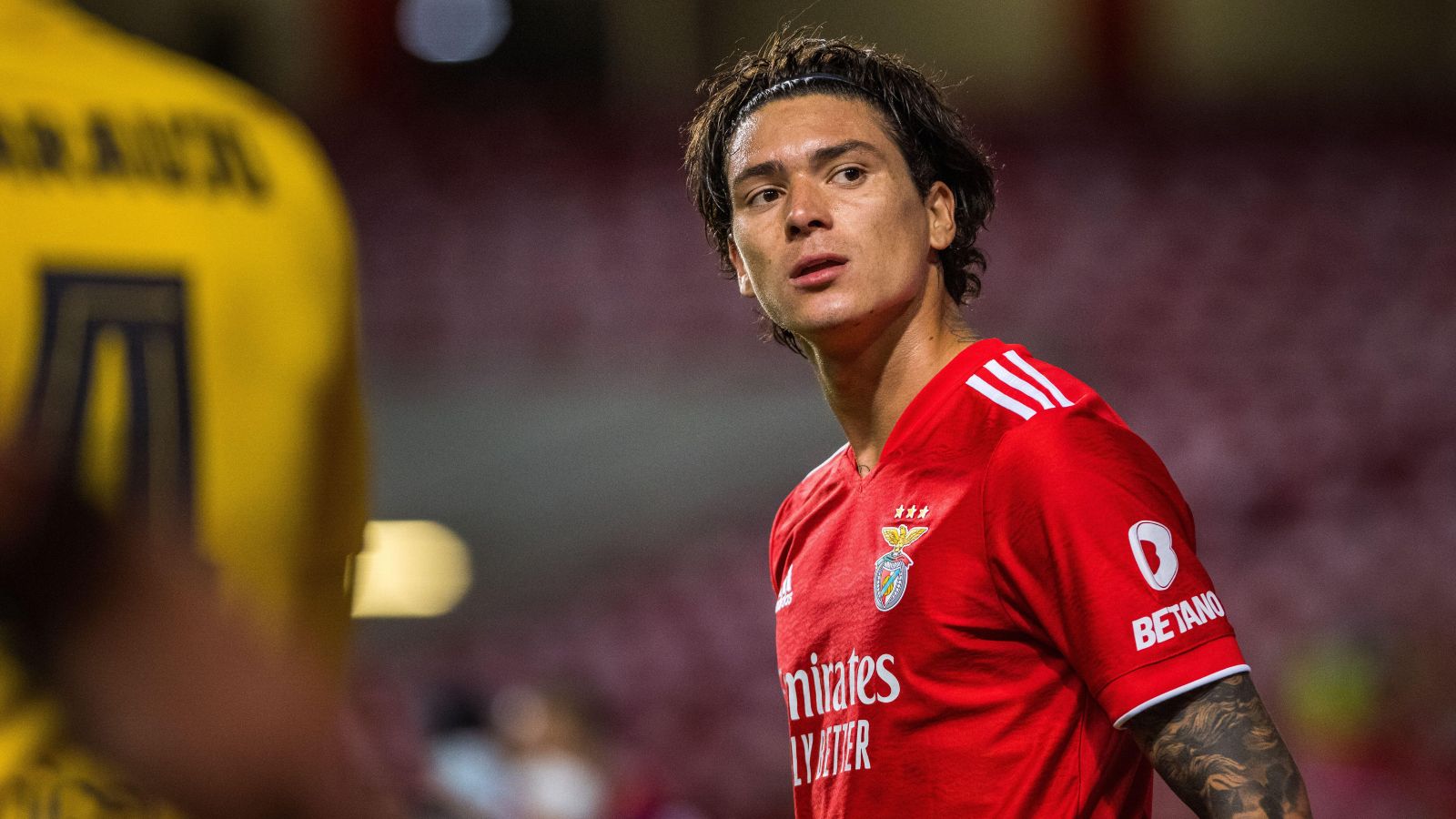 Liverpool will look to sign top Manchester United target Darwin Nunez this summer if Sadio Mane leaves the club, according to reports.

The Uruguay international has contributed 34 goals and four assists in 41 matches in all competitions this season for Benfica, with that form attracting interest from a number of top clubs this summer.

Nunez moved from Spanish side Almeria to the Portuguese giants in 2020 and, following a quiter first season, he has really exploded into life this term.

Portuguese publication Correio da Manhã claimed on Friday that Man Utd had launched a €105m (£90m) bid to sign Nunez this summer with the Red Devils willing to pay €75m up front for the 22-year-old.

But the Old Trafford outfit could now face competition from arch-rivals Liverpool with the Reds looking to sign a replacement for Mane.

The Senegal international’s departure hasn’t been confirmed but widespread reports have confirmed that Mane has asked the Liverpool hierarchy if he can leave the club this summer.

Bayern Munich are understood to be the main interested party with the Bundesliga champions making an opening offer of £21m up front with a further £4m in add-ons, which the Premier League side have rejected.

And The Times insists that if Liverpool decide to sell Mane this summer they ‘would demand a fee sufficient to recruit a suitable replacement’ with Nunez unlikely to come cheap.

The report confirms there ‘is interest’ from Liverpool in Nunez – who scored in both legs of the Reds’ Champions League quarter-final victory over Benfica this season – but they ‘will not pursue the 22-year-old at any cost’.

Former Premier League striker Noel Whelan recently told Man Utd to seal a deal for Nunez as they need more options at the top of the pitch.

Whelan told Football Insider: “I think they need to sign a striker, that’s for sure. You’ve got players at Man United where you aren’t sure what position they play. What is Rashford – a number nine, a winger, or a number ten?

“He’s played in so many different positions and he’s so out of form as well. Everything just needs freshening up at that football club. They do need to bring in an out-and-out striker like Nunez who can give them three, four, five years.

“Because when they’ve tried certain players leading the line, it just hasn’t worked – Fernandes, for example. Ronaldo came up with the goods, but he’s at the back end of his career.

“If they get someone else chipping in with 15-20 goals – it could be a different season.”