Home All The News Mane lifts lid on Salah tiff: ‘Everyone was taking the p**s’ 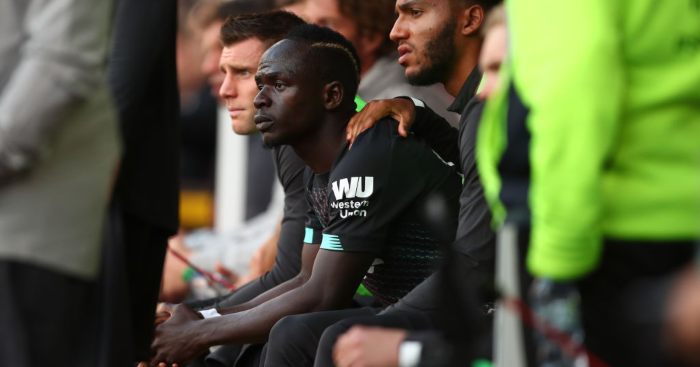 Sadio Mane has lifted the lid on the dressing room reaction to his disagreement with Mohamed Salah in the Premier League match against Burnley.

The Senegalese player showed a rare display of emotion when he was substituted at Burnley last month, furious that his team-mate had not passed to him when he was in a better position.

It led to suggestions all was not rosy between the Liverpool pair but Mane dismissed that notion when asked about his relationship with the Egypt international.

“It was a misunderstanding,” Mane said in an interview with Canal Plus Sport (translated by Sport Witness).

“I just wanted to help the team. You look at teams like City, they sometimes score five or six. If there’s a possibility to kill off the game as quickly as possible all the while trying to score many goals, I think that’s important, and so I was a bit frustrated.

“We just talked, and everything was like before. We talked between ourselves, and then the manager called me into his office and we spoke. I told him it was already sorted and he was pleasantly surprised.”

When asked about Salah‘s reason for not passing him the ball, Mane said: “He told me ‘but Sadio, why are you angry?’ I told him ‘you needed to give me the ball, Mo’, to which he replied ‘I didn’t see you. You know I’ve got nothing against you’. I knew that, but his reaction was a bit strange to me (laughs).

On the reaction from his team-mates in the dressing room, Mane added: “Everyone was taking the p**s out of us.

“Wijnaldum, who likes to tease people, waited until everyone was there, came up to me and asked out loud ‘Mo Salah, why did Mané want to hit you?’ and the whole team started laughing.”