Home Liverpool Mane reflects on landmark, praises ‘one of the best players in the world’ 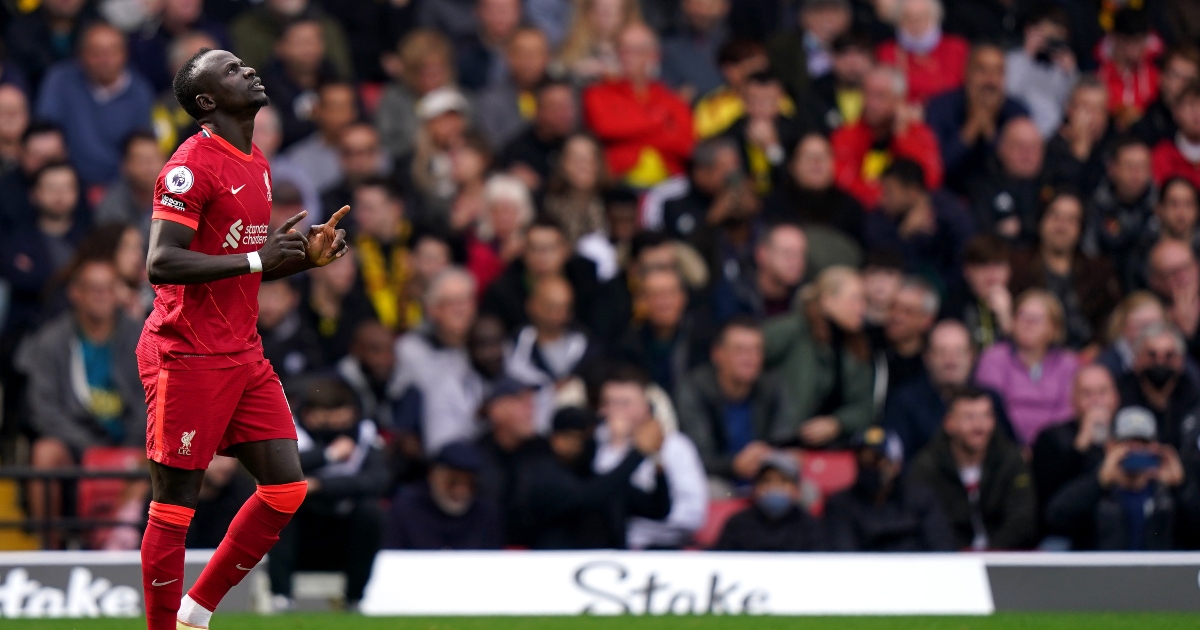 Liverpool winger Sadio Mane has reflected on his 100th Premier League goal and offered up his praise for his in-form teammate, Mohamed Salah.

Mane opened the scoring for the Reds in Saturday’s 5-0 thumping of Watford with a superb finish after an equally impressive pass from Salah.

The goal was the 100th that the Senegalese forward has scored in the top flight of English football, 21 of the strikes coming for his former club Southampton.

The winger becomes just the third African player to hit the 100 goal mark, behind Chelsea legend Didier Drogba and Salah.

Now, speaking to Liverpoolfc.com, the winger has reflected on the landmark.

“Honestly, when I came to the Premier League my dream was to score as many as I can and especially to win trophies.” Mane revealed.

Mane wasn’t the only Liverpool star with an impressive strike against the Hornets, with Salah notching after an incredible, mazy run through the Watford defence. The goal comes just two weeks after the Egyptian scored a similar type of goal against Manchester City.

Mane has now revealed that he thinks this weekends strike went one better:  “I think it’s a better goal than City! But it’s no surprise for us because we know his quality, one of the best players in the world. He showed it today.”

“Bobby as well – he showed it – one of the best for sure in the world. I’m very happy for them.

“Especially Bobby’s hat-trick, it was not an easy time for him with injuries but he is back and I’m happy for him. Hopefully he will be here for us and score more goals for us until the end of the season.”

“Obviously we played very well today. From the beginning we had a very, very fast start and created many chances. We scored five goals, five wonderful goals. I think we deserved to win today.

“Of course we knew the manager, he was in the Premier League and especially won it. But we were more focused on ourselves in training – we know our qualities and how hard we could [make it] for them.

“It’s what we did for the weekend and [over] the weeks, we worked very hard and we showed it today. It was just incredible and hopefully we’re going to keep like this.”