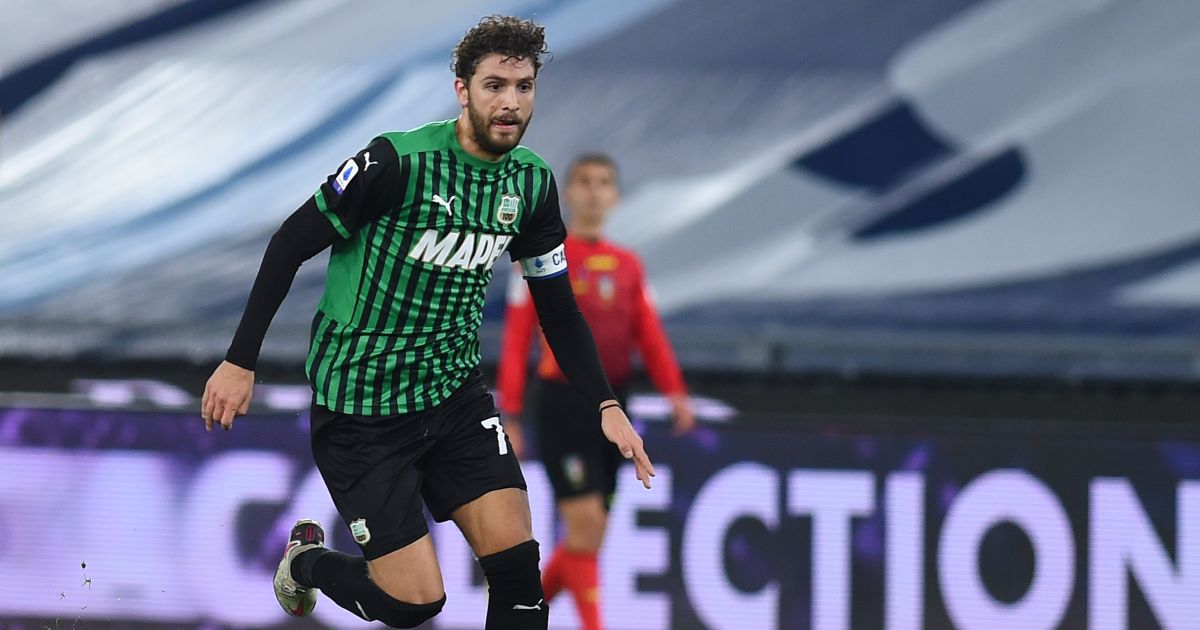 Arsenal have “already offered €40m” for Sassuolo midfielder Manuel Locatelli, according to the agent of Juventus midfielder Nicolo Fagioli.

Locatelli’s performances at Euro 2020, where he scored two goals for champions Italy, and for Sassuolo in Serie A has led to interest from a number of suitors this summer.

Juventus and Arsenal seem to be particularly interested with reports claiming Locatelli would prefer to stay in Serie A and move to Turin.

Ten Premier League clubs to have made most from transfer sales…

The Gunners have wrapped up deals for Nuno Taveres for £8m from Porto and Albert Sambi Lokonga for £19m from Anderlecht, while it is understood that they have agreed a £50m fee with Brighton for England international Ben White.

At a similar time to the news of a deal for White, a report in Corriere dello Sport insisted that Arsenal are ‘really serious’ about landing Locatelli this summer.

The north London club are hoping ‘for a sensational overtaking’ of Juventus in the race to sign the midfielder with Sassuolo looking for ‘€40m cash’.

On Monday, Fabrizio Romano said that Arsenal are willing to meet Sassuolo’s demands but that Locatelli will be the one to persuade as he would still favour a move to Juventus.

Juventus seem to be having money stumping up the cash needed to complete a deal and want to spread the payment in add-ons and bonuses.

There have been rumours that the Old Lady could use midfielder Fagioli or Radu Dragusin as they look to get a deal over line.

However, Fagioli’s agent Andrea D’Amico has now claimed that his client is going nowhere but revealed Arsenal have made a €40m bid for Locatelli.

D’Amico told Sky Sport Italia: “I think Massimiliano Allegri wants to see him [Fagioli] in training to understand if he can be useful during the season.

“When he played against SPAL and Crotone last term, he proved he can be a protagonist of Juventus’ future.

“But I can ensure you that, as of today, Fagioli has not been included in the deal.”