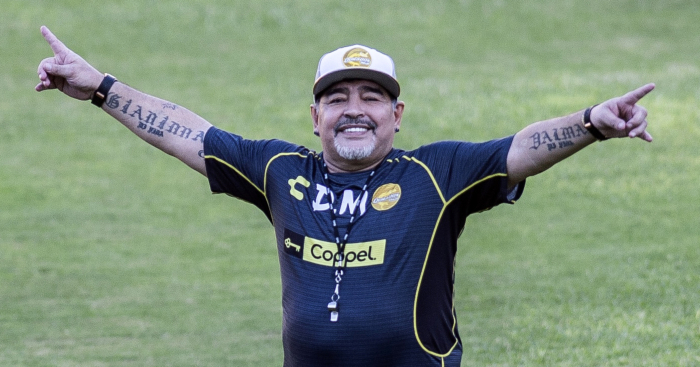 Diego Maradona has become manager of Mexican second-tier side Dorados because he “didn’t even know what a pillow was”.

After a brief hiatus from management, Maradona returned to take over UAE side Fujairah in 2017.

He left after failing to secure promotion in his first season however, and has now appeared in Mexico’s second division with Dorados.

Maradona says that he accepted the role because he wants to make up for time lost to his drug addiction.

“I want to give Dorados what I lost when I was sick,” said Maradona at his unveiling.

“I never even used to go to bed. I didn’t even know what a pillow was. That’s why I accepted the offer from Dorados. I want to spend a long time here.

“People can say a lot of things, but… I was heading downhill, I was eating myself up, it was a step backward, and football is a step forward.

“All that changed thanks to my daughters.”