Home All The News Maradona notices England’s ‘change of style’ 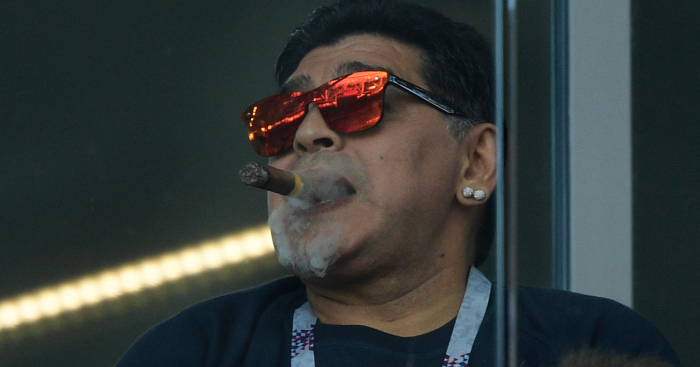 Diego Maradona has credited England’s “change of style” for their fine form at the World Cup.

Gareth Southgate’s side have been one of the most impressive sides so far in Russia, where the Three Lions have scored eight goals against Tunisia and Panama.

Argentina legend Maradona has noticed a difference between Southgate’s squad and the England sides of the past.

“Their change of style has worked well for them,” he said.

“I don’t think [problems in the past] are technical, because they are world champions at Under-17 and Under-20. That shows that they’re creating kids that England didn’t have in the past.

“Sterling, Kane, Vardy, Stones and the like have given them another touch. It’s not about getting in the other half and putting the ball in the box. They want to play, to have the ball.”