Home All The News Maradona: Real would sign Koulibaly if he was white 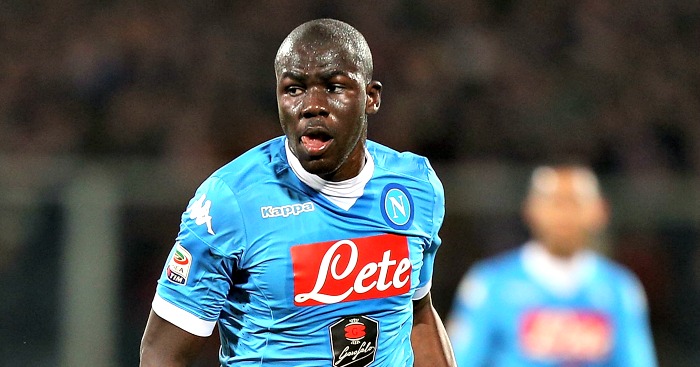 Diego Maradona has heaped praise on Napoli defender Kalidou Koulibaly, claiming he would be playing for Real Madrid or Barcelona “if he was white”.

Koulibaly has impressed at the heart of the Napoli defence in Serie A this season, with the Blues conceding only 30 goals in 35 league games.

They sit second in the league but have missed out on winning the title, with Juventus claiming their fifth consecutive crown earlier this week.

Speaking to Piuenne, Maradona says that he believes Koulibaly has been the standout defender in the Italian league this season.

“He is phenomenal, the best defender in Serie A. There is a lot of racism around him,” the Argentina legend said. “If he was white, he’d be playing for Real Madrid or Barcelona!”

Maradona then congratulated Juventus on winning another Serie A title – although he branded The Oly Lady “extremely lucky”.

“Juventus deserve this Scudetto, as they had such a long run of results without dropping points,” he said. “I also have to say, in all honesty, they were extremely lucky! Even in my day they’d have two shots on target and score four goals. I’m not whining, I’m just saying the truth that all of Italy knows.

“The real difference is on the bench. Today Maurizio Sarri looked at the bench and did not have as many alternatives as Max Allegri.

“Juventus have phenomenal players, but also the Italian referees! It’s nothing new, the Juve players are always right. [Napoli president Aurelio] De Laurentiis ought to make himself respected, the way other Napoli directors did in the past.