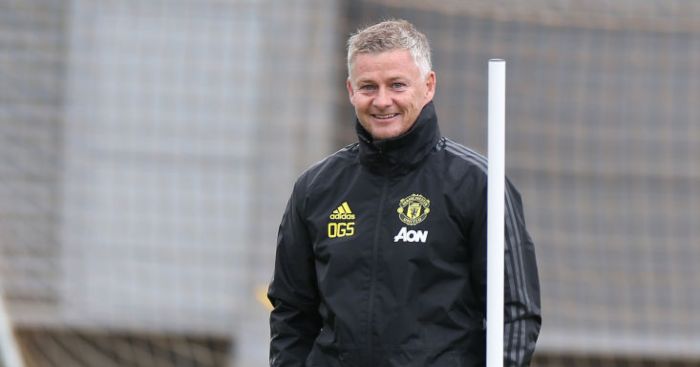 Young defender Marc Jurado has said his goodbyes at Barcelona ahead of a move to Man Utd, according to reports.

Jurado, the 16-year-old right-back, is considered one of the best current talents in Barcelona’s famed development system.

Having spent almost a decade with the club, it was expected that he would commit his future in the same way teenagers Ansu Fati, Ilaix Moriba, Gavi and Ilias have in recent months.

But a report last month claimed Jurado wants ‘to try the English adventure’ and has rejected an improved financial offer from Barcelona in favour of a move to United.

The player came to the decision ‘after several weeks of negotiations’ and will now link up with his new club’s youth side.

The Metro claims that Man Utd ‘agreed personal terms with the defender earlier this year’ and the Red Devils will now pay Barcelona a £200,000 compensation fee to land the youngster.

“It’s never easy to leave a team that has given you everything. FC Barcelona has been my second home, my second family, where I have developed as a player and as a person,” Jurado wrote on Instagram.

“Today it’s time to say goodbye, but not before expressing my gratitude to each of the people who have helped me since I started in the prebenjamín in the year 2011. ‘I have been lucky to share my passion with a fantastic generation, with which I will always be linked.

“We started as boys who just wanted to run after a ball and I say goodbye, nine years later, calling them friends. Only we know the immense luck we have had with all the coaches who have developed us and helped us to keep fulfilling our dreams.

“Every stage has a beginning and an end. Mine, having reflected a lot with my family, has come. I leave behind unforgettable memories which will always stay with me.”