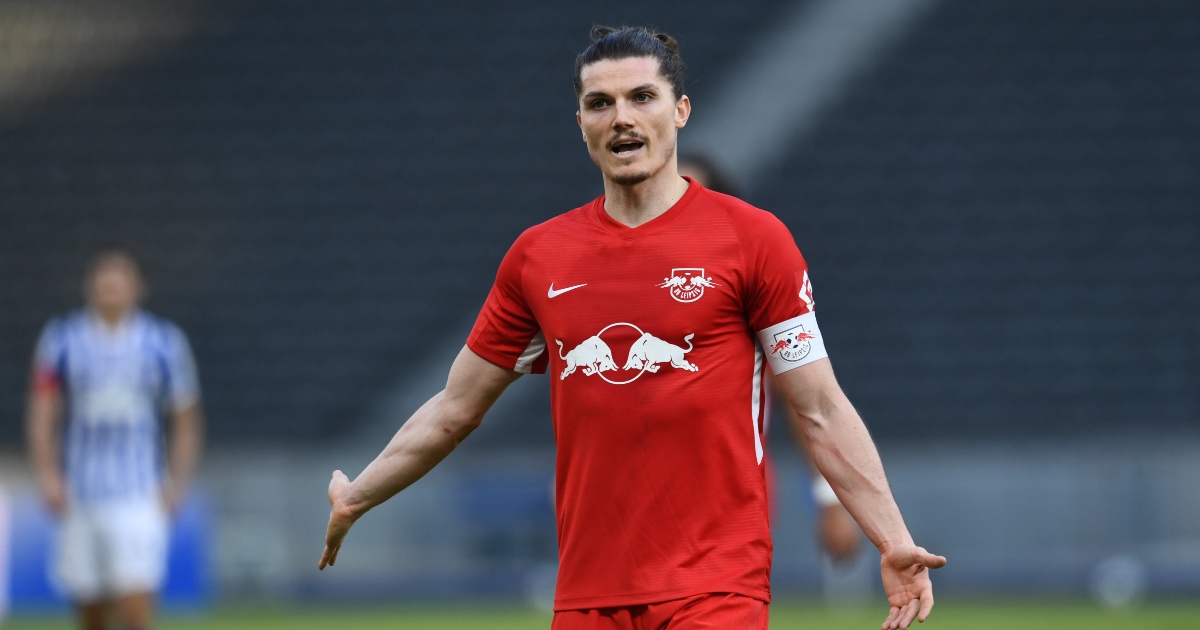 The 27-year-old midfielder is thought to be wanted by a number of English clubs.

Jose Mourinho’s Spurs were first linked with his signature, before being joined by Liverpool and Man Utd.

All three clubs see the Austrian international as a great option to improve their respective midfields.

Sabitzer has now briefly responded to the transfer rumours, too.

When asked if he could see himself playing for Liverpool or Man Utd, he told Kicker (via Express): “I can imagine it a lot.”

Timo Werner was heavily linked with Liverpool but eventually opted to join Chelsea. He signed for a £47million fee last year, and although things haven’t gone great for him so far, Thomas Tuchel could still make the German a top Prem forward.

Naby Keita secured a £54million move to Anfield during the 2018/19 season. He could soon be joined by Sabitzer in Jurgen Klopp’s midfield.

Sabitzer has been an important part of Leipzig’s success in recent years.

He helped the German side to finish third in the Bundesliga last term, behind only Bayern Munich and Borussia Dortmund.

He also captained the newly-founded outfit as they hunted for European success.

They were ultimately knocked out by Paris Saint-Germain in the semi-finals last season.

Sabitzer is viewed as a top talent by Liverpool and Man Utd scouts.

He’s been selected as a perfect replacement for the departing Gini Wijnaldum. Sabitzer can operate either as an attacking midfielder or in a more defensive role, giving Klopp plenty of options.

For Man Utd, meanwhile, the absence of a top Premier League midfield partner for Scott McTominay is a concern.

Fred has played there in recent months but doesn’t seem to be at title-winning level.

Sabitzer may be brought in to sit alongside McTominay and behind Bruno Fernandes at Old Trafford.

Spurs still hold an interest in the player, but the recent return of Dele Alli to Mourinho’s squad could rule them out of a deal.