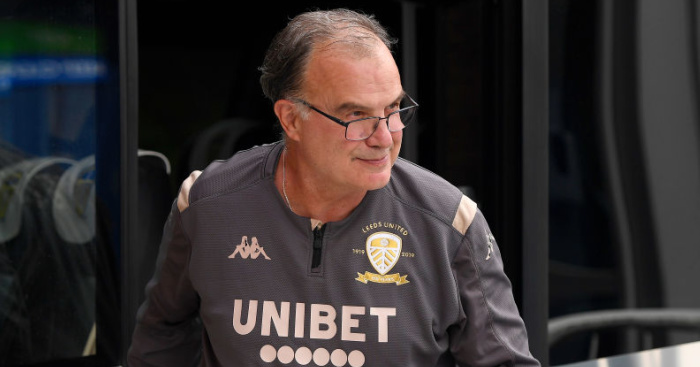 Marcelo Bielsa has confirmed he is staying with Leeds for their first season back in the Premier League.

The Argentinian head coach guided Leeds back to the top flight after a 16-year absence in July but, despite the club insisting a new deal was due, an agreement has not been formally announced.

However, speaking to the media ahead of Saturday’s season opener with Liverpool, Bielsa said: “I will be working the next season at Leeds United.”

The club did not immediately make an official announcement but Bielsa added: “Everything has been sorted. It’s definite that I will be here next season.”

“They are one of the best teams in the world, with a fine system and very good players,” said the Argentinian.

“It’s difficult to say how our players are going to adjust to the Premier League. We have prepared for this, but we need to show it on the pitch.”

Bielsa said that he will not be changing his team’s style of play following promotion.

“To begin with we will try to play the same way,” he added.