Home Everton Marco Silva to Everton fans: ‘I’m not panicking, nor should you…’ 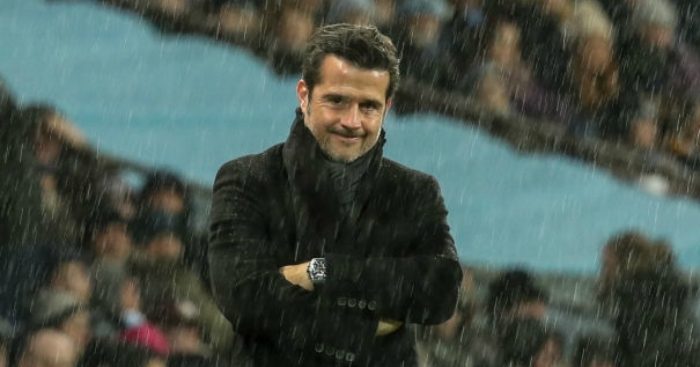 The Toffees crashed out of the FA Cup in a 3-2 upset at the hands of Millwall on Saturday, a result which came after three defeats in four in the Premier League.

That led to an outpouring of frustration from Everton fans over the weekend, but Silva insisted he was remaining calm now – just as he did when things were going well earlier in the season.

“One of the things we need to be as a club, as a squad, is more mature,” he said. “When there were good results, you asked me if we could play for fifth or sixth position, and now after a bad run it looks like panic.

“In October, November, when we were playing well and doing what is our obligation as a club, what is our ambition as a club and it looks fantastic and easy, I told you many, many things we need to improve because it was not as easy as it looks.

“We as a club cannot panic. Even if we are not happy, even if the fans are really disappointed with the FA Cup result.

“I am also, but I am not panicking because we as a club cannot panic if we want to do the right things in the future.”

Silva said he had spoken with club chairman Bill Kenwright and majority shareholder Farhad Moshiri after the match “as always” and insisted there was nothing unusual about the pressure on him.

“My job is always difficult,” he said. “When you are working at a club like Everton it is always difficult. It is nothing different to the previous managers. I’m here to do my job, to work really hard and to change many things because the club needs this.”

Silva came away from defeat at The Den with a number of complaints – not least with the fact VAR is being used in some but not all FA Cup games, as the system would almost certainly have seen Jake Cooper’s equaliser, scored with his arm, disallowed.

But he said his team also had to take responsibility for their own mistakes, with their defending at set-pieces coming under the spotlight.

“It’s disappointing for me as a manager,” Silva said. “You prepare for all these moments.

“When you analyse the opposition team you know what to expect from them. We weren’t aggressive enough in those moments.”

He will look for a response at Huddersfield on Tuesday night, but is wary of facing a side under new management, with Jan Siewert set for his first game in charge of the Terriers.

“It is not a good scenario for us but at this moment we just need to look after ourselves,” he said. “We did our work, and everything we need to prepare well.

“They have had eight or 10 days with a camp in Portugal and didn’t play a match yet but it is up to us to do our job even if in some moments they will do some things we do not expect.”