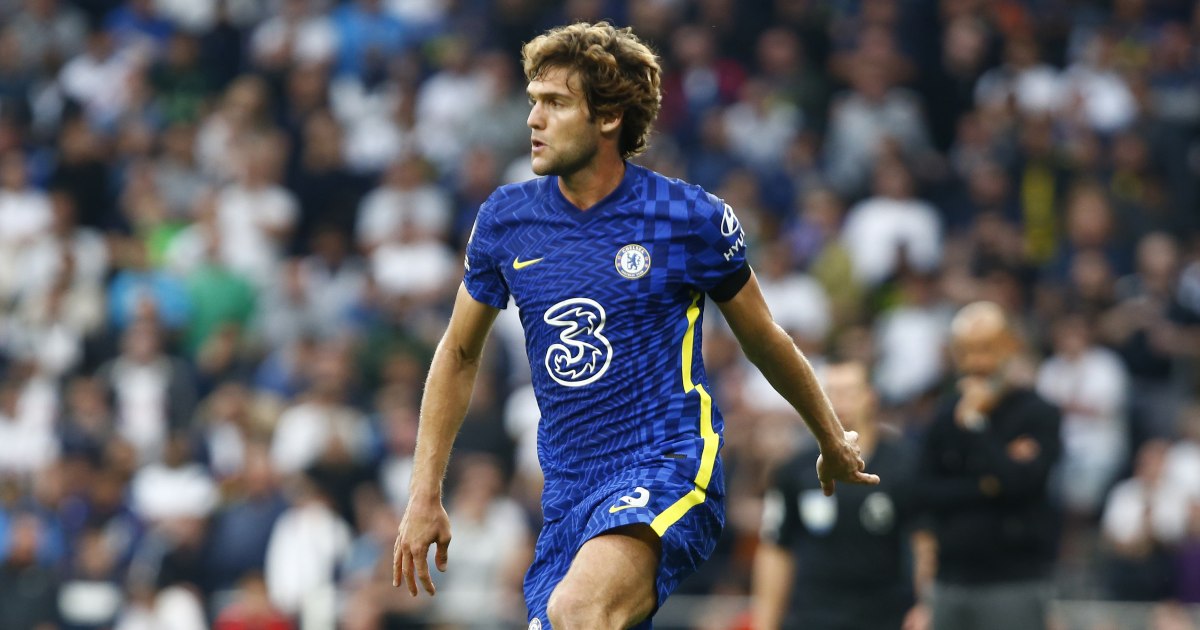 Marcos Alonso is a man who attracts a lot of attention.

He’s an eye-catching footballer, a proper overlapping full-back with an eye for goal who has decisively reclaimed the starting left-sided defender’s spot in what is currently the best football team in the country.

But that’s not why we’re here. There are lots of other reasons he attracts attention, specifically from Tottenham fans who once again made a big show of booing him during Sunday’s ultimately one-sided Chelsea victory at White Hart Lane.

Even though this is a now traditional annual event, the reasons behind it are perhaps not as well-known as they could and should be. Spurs v Chelsea is usually a televised fixture but while the commentators sometimes note the presence of the booing, they are generally coy about its origin.

Marcos Alonso killed a woman. That is the bald fact. In 2011, the then-20-year-old drove a BMW into a wall in Madrid after a night out, killing one passenger and injuring three others. He was driving at more than twice the 50km/h speed limit and had a blood alcohol level of 0.93 mg per millilitre of blood.

He was eventually sentenced in 2016, when he was fined 61,000 euro but avoided jail. This was in part because he had paid his victim’s family a large sum of money, which helped reduce his sentence. The driving ban he was given – three years and four months – had effectively already been served in the lengthy wait for the whole thing to get through the courts.

Now this is all very old news, but it’s still a pretty reasonable thing to be angry about. To feel that justice has been at least slightly swerved here if not outright perverted.

It is very football indeed that Alonso’s ability at kicking balls around has allowed him to avoid pretty much any professional inconvenience as a result of his criminal stupidity, while that same well-recompensed football ability turned his punishment into an irrelevance. It doesn’t matter that this was 10 years ago; it’s reasonable to still think this leaves a bad taste.

So the pearl-clutching that greets Spurs fans’ continued fondness for booing him is, frankly, a bit nauseating. It is quite literally a small price to pay for what he did; once a year he gets booed for a bit while his team nevertheless generally saunter to another comfortable victory.

We got one mail this week saying the booing from Spurs fans was ‘vile’. Hard to escape the idea that priorities are a bit twisted there.

Then there are those who say Spurs fans boo Alonso because he scored a couple of goals against them, which doesn’t really tally. That would be a lot of players to boo, including a great many of Alonso’s team-mates. Chelsea score a lot of goals against Spurs.

Yet to pretend Spurs’ booing is fuelled entirely by noble disgust at his past is equally far-fetched. The fact the enthusiasm for the righteous booing dissipated immediately after Chelsea’s second goal on Sunday is unfortunate, isn’t it?

If Alonso didn’t play for a hated rival, would Spurs fans still boo? Is there the self-awareness and introspection among those fans to acknowledge how much of this is down to what happened and how much is because he’s an admittedly quite objectionable Chelsea player they dislike? How many Spurs fans actually know the full details of why they boo? How many could name his victim?

There’s no doubt Spurs fans revel in their annual Alonso performance and the motivation behind it is at best suspect. But that is very modern football, too. The tribalism that allows a harrowing incident that left a young woman dead to be weaponised for banter. It will be interesting to see how those Spurs fans so keen to make their voices heard about footballers being able to use their status and wealth to subvert the law greet Cristiano Ronaldo when he turns up with Manchester United.

But whatever you think of what Spurs fans do whenever Alonso turns up, it would not do to draw any false equivalence here. Spurs fans are quite entitled to boo him for the rest of time, however complicated or muddled the motivations behind it may have become.

Footballers are booed for far more trivial things, and sometimes even for truly admirable ones. Which brings us jarringly to Alonso’s latest arrival as the centre of attention.

He’s decided he will no longer take the knee. While the power of the gesture comes from its collective nature, it instantly loses that power the moment it becomes forced. Alonso is, of course, perfectly entitled to take this decision and it doesn’t in any way suggest he is a racist. It does make racists happy, though, and if any life decision you ever make is one that makes Nigel Farage happy then it is at least worth stopping and giving it some more thought.

As it is, Alonso has cemented a curious place as sort of king prick, drawing further prickery into his orbit by the sheer gravitational force of his own actions.