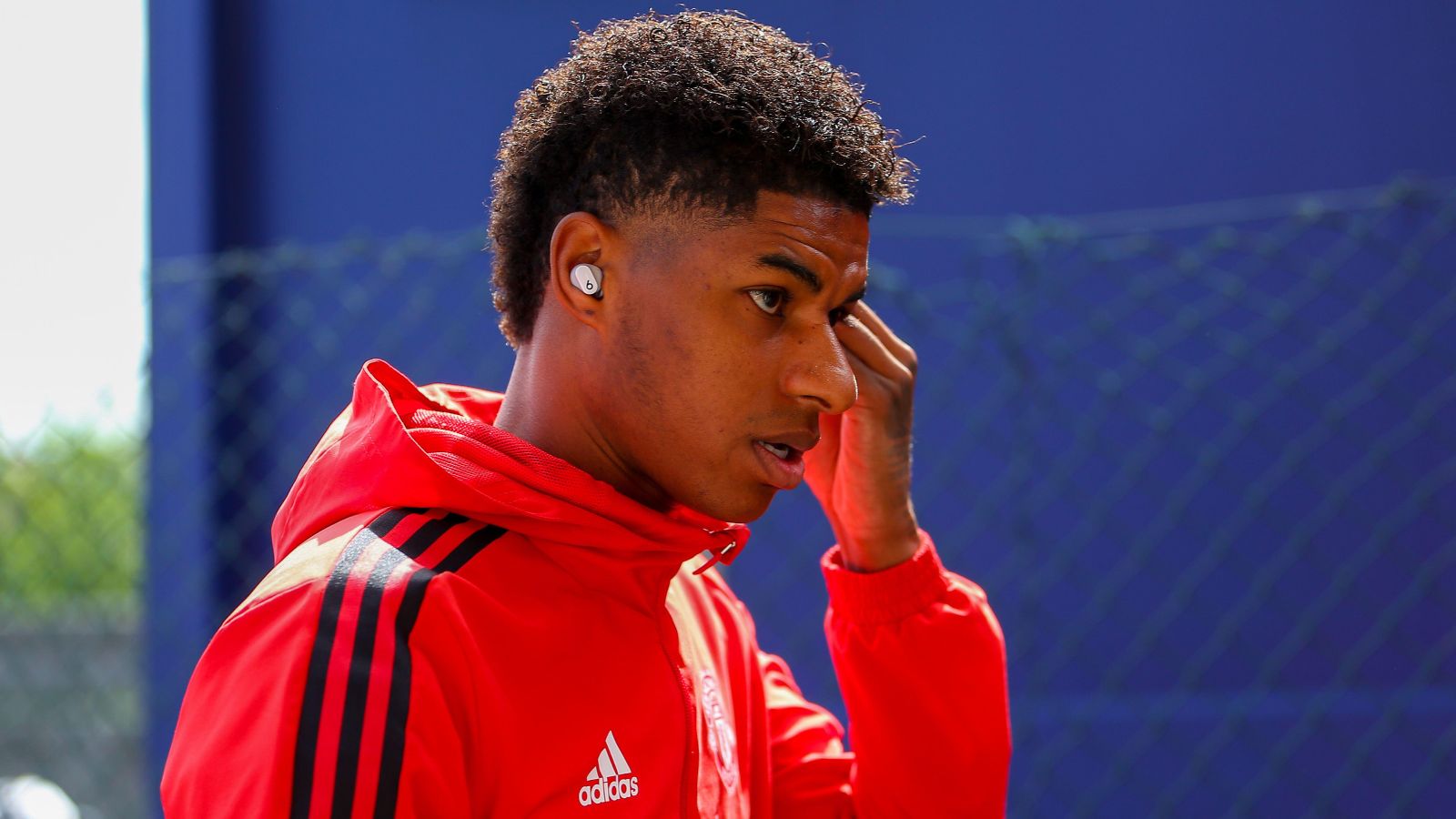 Rashford is one of four players to have been omitted from United’s squad.

Anthony Martial, Donny van de Beek and Aaron Wan-Bissaka will also miss the Europa League clash against Sheriff Tiraspol. The quartet missed training on Wednesday and won’t be on the plane to Moldova.

With three goals and two assists in his last four games, Rashford has enjoyed a huge upturn in form.

His improved performances were expected to culminate with an England call-up. However, his omission from United’s squad has now raised doubts over his return to Gareth Southgate’s side.

Rashford hasn’t featured for England since the Euro 2020 final. The Man Utd forward was one of the three players to miss a penalty during a heart-breaking shoot-out defeat at Wembley.

The forward followed up the European Championships with arguably his worst season since breaking into Manchester United’s first team.

Rashford scored just five goals in 32 appearances across all competitions. In truth, he wasn’t the only one to disappoint as United slumped to their worst season since 1989/90.

Despite kicking off the campaign with back-to-back defeats against Brighton and Brentford, United have bounced back strong with four successive Premier League wins.

That winning run came to an end last Thursday with a 1-0 defeat to Real Sociedad in their Europa League opener.

Rashford was not in the squad for the Old Trafford defeat. The player will remain at home for Thursday’s match, with the club giving no official reason for his absence.

England will be looking to step up their World Cup preparations when they take on Italy and Germany later this month.

The two UEFA Nations League fixtures will be the last remaining tests before the start of Qatar 2022.

The Three Lions will take on Italy away in Milan on Friday, September 23. They will follow that up with a home clash against Germany on Monday, September 26.

Both fixtures would’ve provided Rashford with a golden opportunity to work his way back into Southgate’s plans.

Instead, the likes of Tammy Abraham and Ivan Toney could take his spot if included in the squad on Thursday.

England kick off their World Cup campaign against Iran on November 21 at the Khalifa International Stadium.

They will then turn their focus to the United States and Wales as they look to progress past the group stage.