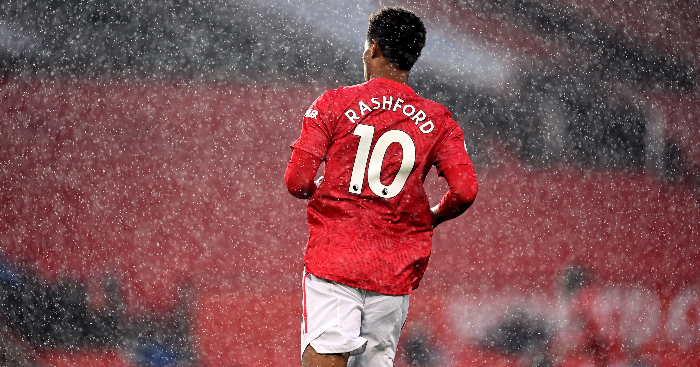 Not only is Marcus Rashford a national hero and all-round f***ing legend, but he is also far better at writing Mediawatch than Mediawatch so we need to add very little to this…

…other than to point out that the definition of ‘home’ is ‘the place where one lives permanently, especially as a member of a family or household’ so no, Rashford has not bought ‘five luxury homes’; he has bought five pieces of property as investments. Which is wise. And don’t think for a second that we don’t notice the syntax that suggests that each ‘home’ cost over £2m.

That might be the least of the crimes here – and there are many (all of which we predicted) – but it makes everything that little bit more despicable.

Marcus Rashford was missing for England’s defeat to Belgium along with Raheem Sterling, Harry Maguire, Trent Alexander-Arnold and Joe Gomez. That all seems quite important as we judge that defeat. It also seems quite important to note that England were not really outplayed by Belgium and also that this was England’s second defeat in ten games stretching back over a year. Oh and that Belgium – ranked actual first in the world – are unbeaten at home in four years.

Unless you are Dave Kidd of The Sun and you want to condemn England and Gareth Southgate to the highest, writing that ‘Southgate’s England are too cautious’, despite having 16 shots against Belgium, which was twice as many as the hosts.

‘They have failed to score from open play in four out of five Nations League matches this autumn and that is simply not good enough for a side with aspirations of competing at the very highest level.’

Has he forgotten the World Cup already?

Seriously, England are probably not going to win the Euros but what happened on Sunday was that a team with injury problems played a difficult away game and held their own, but got beaten by a massive deflection and a wrongly awarded but excellent free-kick. Dries Mertens did not ‘expose cagey Lions’ Euro flaws’; he simply hit a brilliant dead ball.

The Daily Mirror‘s John Cross writes that Jack Grealish ‘was England’s best player by some distance, he thrilled and entertained and had you on the edge of the seat’.

Neatly, Cross wrote the Mirror’s player ratings in which he gave Grealish 8/10, ‘some distance’ ahead of 7/10 Harry Kane, Mason Mount, Bukayo Saka and Harry Winks.

‘According to Chris Waddle, Jordan Pickford might have done a little better for Belgium’s opening goal.

‘Chris, had Pickford kept out Youri Tielemans’ deflected stinger, it would have been a contender for the Nations League Save of the Tournament, if there is such a thing.

‘Eric Dier and his ill-advised pass were culpable but not Pickford.’

‘It wasn’t his worst night by any stretch of the imagination, yet Jordan Pickford once again didn’t cover himself in glory, particularly with Belgium’s first goal.

‘Yes, Tieleman’s strike took a deflection, but the fact is Pickford still managed to get a hand to the shot, and probably should have kept it out.’

Oh Chris. And Alex. Listen to Andy, who excuses Pickford but then writes at length that the Everton man really should not be England’s first-choice goalkeeper.

England fans, what is your opinion of Jordan Pickford? #BELENG pic.twitter.com/vAZKxGSi05

Let’s face it, they’re not appealing for considered opinions.

Can a deflected goal really be described as a ‘laser-like right foot shot’? Wouldn’t a laser have gone straight through Declan Rice and Tyrone Minds?

Even for Jake Polden, this was rotten.

How do local newspaper websites cope with the international break?

And then literally never mention those stories again in the blog, because actually f*** all is happening and f*** all is likely to happen in January.

Manchester United, there, having 18 undroppables in less than two years. And Nemanja Matic fulfilling that role about 427 times alone. It’s almost as if it’s too facile a term to use so frequently.

Somebody tell Luckhurst and co…

Daniel Storey on the fine margins of the England game