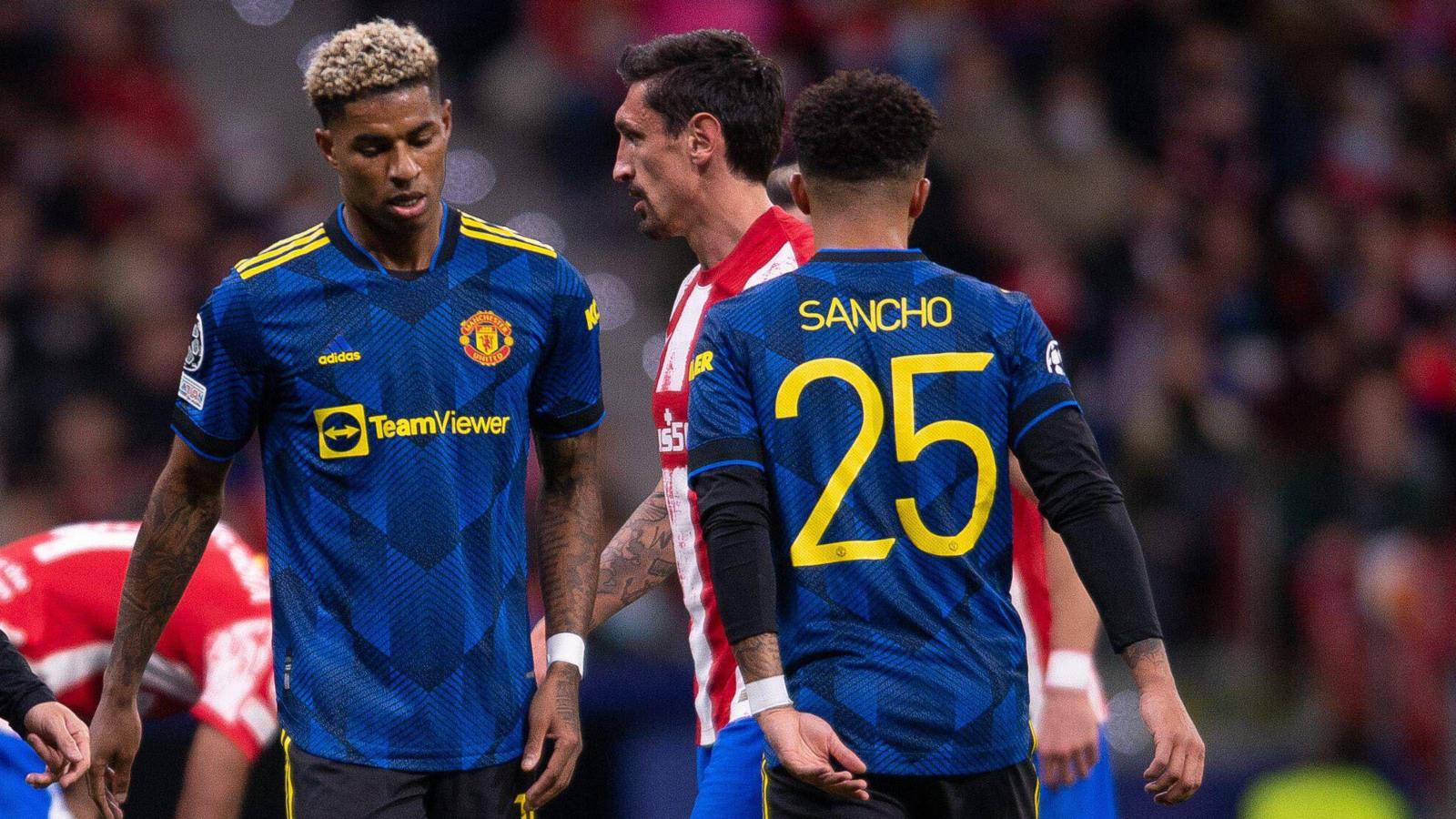 Gareth Southgate has warned Jadon Sancho and Marcus Rashford that they have “a lot to do” if they are to get into England’s World Cup squad.

The Three Lions are now five months away from heading to Qatar, with September’s two Nations League fixtures all that remain after facing Hungary in Wolverhampton on Tuesday evening.

Harry Maguire is the only United player involved in the England set-up this month, with Luke Shaw unavailable as he regains fitness at a time when Rashford and Sancho missed out through poor form.

Southgate last month said the pair still have time to work their way into his World Cup plans, but he has now admitted it is an uphill battle for the club’s English contingent to seal their place on the plane.

Asked if United players may be fresher without the Champions League to contend with next season, the England boss said: “We’ve only got one with us! They’ve got a lot to do to get back in the squad.

“Well, look, I think the lower the load then of course the less likely for injuries and the hope that players can be that little bit sharper but there’s no way of knowing.

“Some players are at their best when they’re in a rhythm of playing and you talk to some of our lads now and they want to play every game because that’s how they feel they get to their best level.

“Others need the breaks, they need longer recovery between the matches to be at their best.”

Rashford and Sancho were conspicuous by their absence from March’s internationals and overlooked again as the Three Lions boss named his squad for June’s four Nations League matches.

Rashford has not played for England since missing his penalty in last summer’s European Championship defeat to Italy, having withdrawn from November’s squad to focus on regaining fitness after shoulder surgery.

But a lack of form has seen him overlooked since then, just as it has in the case of United team-mate Sancho having struggled to reach the same heights scaled at Borussia Dortmund.

Departing midfielder Jesse Lingard and goalkeeper Dean Henderson are others to have dropped off the radar following a challenging campaign for the Old Trafford giants.