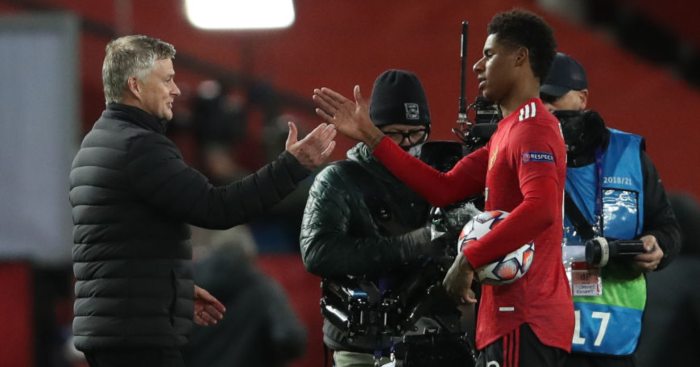 Marcus Rashford has revealed that Ole Gunnar Solskjaer told him to “up the tempo” shortly before he came on as substitute for Man Utd in their 5-0 win over Leipzig.

“The manager told us when we came on to try and up the tempo,” Rashford told BT Sport shortly after full-time. “That for us means going forward. There was definitely spaces there.

“We got Bruno [Fernandes] and [Paul] Paul on the ball, Anto running forward and we looked dangerous throughout and felt that we could score every time we went forward.”

Rashford added: “It was a real team performance. The ones who started did well and the substitutes did well too.

“We can’t ask for much more than that in terms of the attitude and the intent to go and kill the game off. It worked in our favour.”