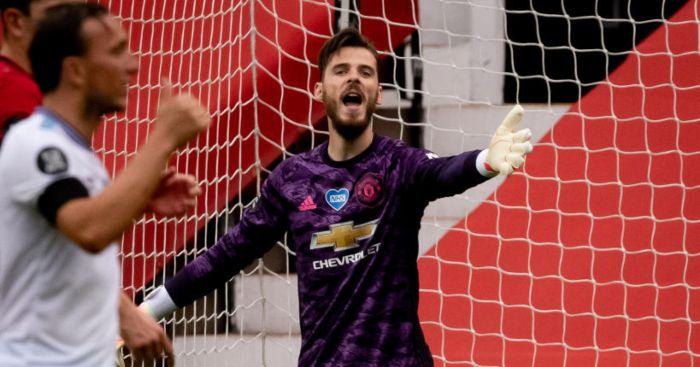 Solskjaer has consistently stuck by De Gea despite the Spaniard making numerous errors this campaign that have led to goals.

There have been rumours that Dean Henderson – who has been on loan all season at Sheffield United – could come back to take the number one spot off the Spaniard but his future is still up in the air.

Johnny Nic: ‘Is that normal or is he especially sh*te?’

And Bosnich, who also played for Aston Villa and Chelsea in England, reckons Schmeichel to Man Utd would be a “fantastic move for both parties”.

Speaking to Sky Sports, Bosnich said: “When he’s playing well, he’s as good as any goalkeeper in the Premier League. He’s won a title with Leicester, he’s been very consistent at international level for quite some time as well. Obviously, when Leicester were in the Champions League he performed very well.

“We don’t know exactly with the David De Gea situation, we saw Ole Gunnar Solskjaer back him and keep him in the side. There’s Dean Henderson as well, but I think that would be a fantastic move for both parties.

“Even if they decide to keep David De Gea, to have someone of the quality of Kasper Schmeichel fighting for a place with De Gea would bring the whole standard up a coupe of notches.

“Like I said, when he plays at his best which is more regular than not, Kasper Schmeichel is as good as anyone in the Premier League.”