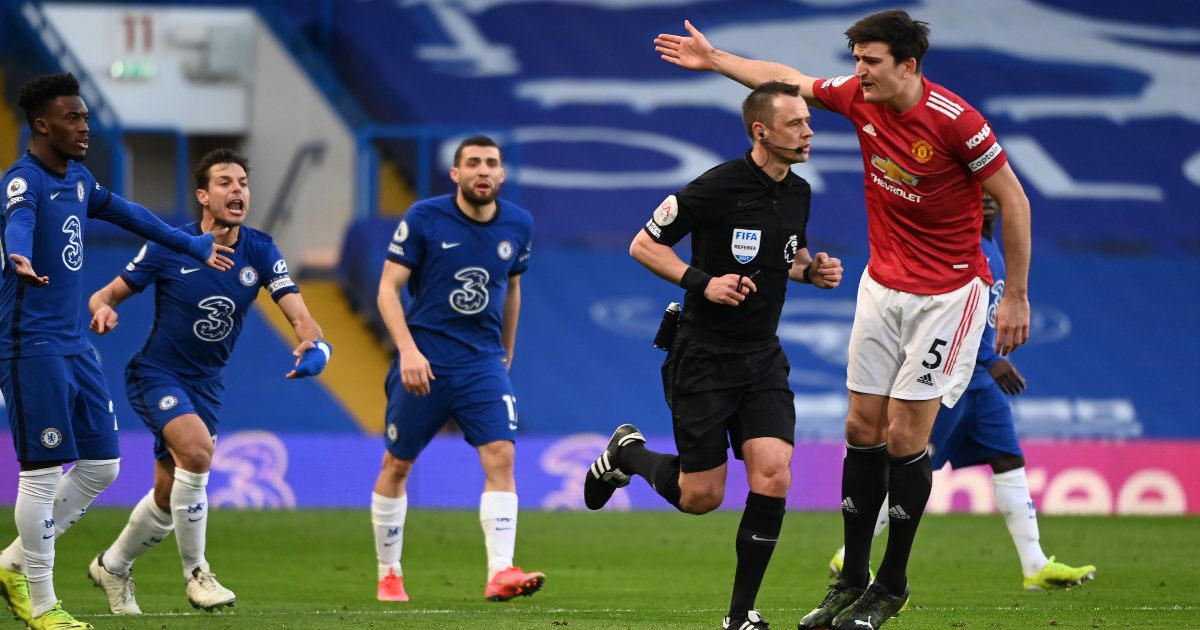 Former Premier League referee Mark Clattenburg is struggling to understand why Stuart Attwell didn’t give Man Utd a penalty in their 0-0 draw against Chelsea on Sunday.

Ole Gunnar Solskjaer was left extremely frustrated after the Red Devils were held to a goalless draw at Stamford Bridge after he thought Man Utd should’ve been given a clear penalty.

Following a Video Assistant Referee (VAR) check, Callum Hudson-Odoi was judged not to have handled the ball deliberately in the penalty area.

But Clattenburg couldn’t believe it wasn’t given as a spot-kick with Hudson-Odoi’s hand in “an unnatural position”.

Clattenburg wrote in the Daily Mail: “I am amazed Manchester United were not awarded a penalty in the first half for the clear handball by Callum Hudson-Odoi.

“The Chelsea player’s arm was up in an unnatural position and the ball hit his hand.

“VAR Chris Kavanagh thought referee Stuart Attwell had missed a clear penalty so he gave him the opportunity to review it at his pitch-side monitor.

“How Attwell did not then point to the spot, having been shown the same angles that we were, is a mystery.”

And there was no doubt in the mind of Solskjaer that it was a penalty and the Man Utd boss claimed that managers are “influencing the referees”.

When asked whether it had been explained to him why the penalty wasn’t given, Solskjaer said: “No. They probably thought his hand was in a very natural position when he flicked that ball.

“It’s gone now. Obviously they thought his hand was in a natural position when he flicked the ball.

“I’m a bit concerned we don’t get those penalties after what noises were made a month or two about us getting penalties.

“There is a point of managers influencing the referees.”