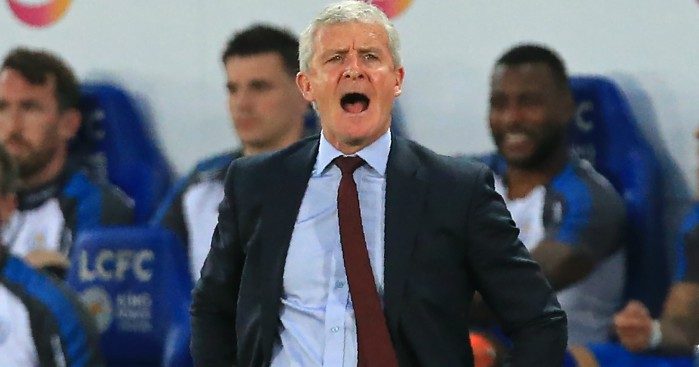 Mark Hughes is reportedly ‘furious’ after a Swansea hotel cancelled their booking at a day’s notice.

Hughes’ Southampton play at Swansea on Tuesday night in a relegation battle that the Saints almost certainly have to win.

The Daily Mail say that Hughes and his team suspect ‘dirty tricks’ after the Swansea Marriott cancelled their 40-room booking on Sunday afternoon, citing a ‘virus’.

They have been forced to stay 35 miles away in Cardiff, meaning a longer drive ahead of the clash.

The hotel reportedly refused Southampton’s request to inspect the rooms and they are said to still be taking bookings from the public.

A Southampton source told Sportsmail: “As far as we are concerned, there is no proof that there is a problem with the hotel. It is open and taking bookings.

“This has caused Mark Hughes and the team a huge inconvenience and we can only think that someone somewhere wants to make life as difficult as possible for us ahead of this game.

“We would have happily sent our own staff to the hotel to see if everything was OK but we were told this is not possible.

“We have had no option but to book the team into the nearest suitable hotel, which is 35 miles away down the M4.

“Mark Hughes is furious about this. It’s a huge game with everything hinging on it. The least Mark and the players deserve is a level playing field.”