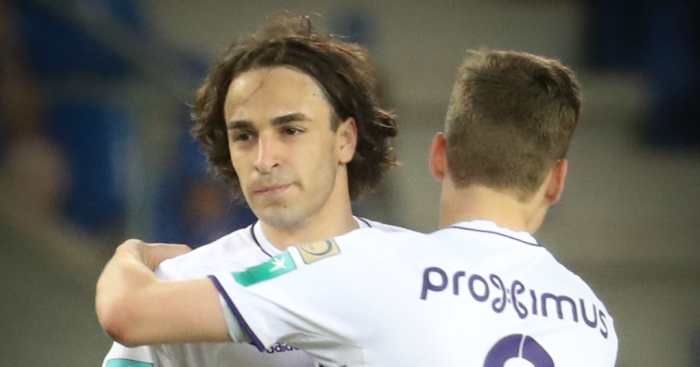 Lazar Markovic has hit out at Liverpool after finally scoring his first goal for loan club Anderlecht.

Liverpool loaned Markovic out to Belgian side Anderlecht in the winter, having failed to find a permanent buyer for the winger.

The Merseyside club had hoped to offload the winger beforehand, with Jurgen Klopp admitting he had been trying to sell the Serb for a year.

He fell out of favour under the Northern Irishman however, and has since stated that there “was a problem” between the two.

Markovic has never played for Liverpool under Klopp, being loaned out to Fenerbahce, Sporting Lisbon and Hull before Anderlecht this campaign.

He netted in a 2-1 defeat to Genk at the weekend, and chose that as his platform to fire back at his parent club.

“It’s to show that I’m still the same player, to show the people at Liverpool that they can’t treat me that way,” Markovic told Belgian newspaper DH, as translated by the lovely Sport Witness.

Markovic added: “Yes, it’s okay to take it personally when you are not let go because they’re asking for an unrealistic transfer amount.”

When asked whether he was letting the fact that he had just scored his first goal in almost a year get to him, the winger replied: “No, I’ve been thinking about it for months, that’s what I think.”