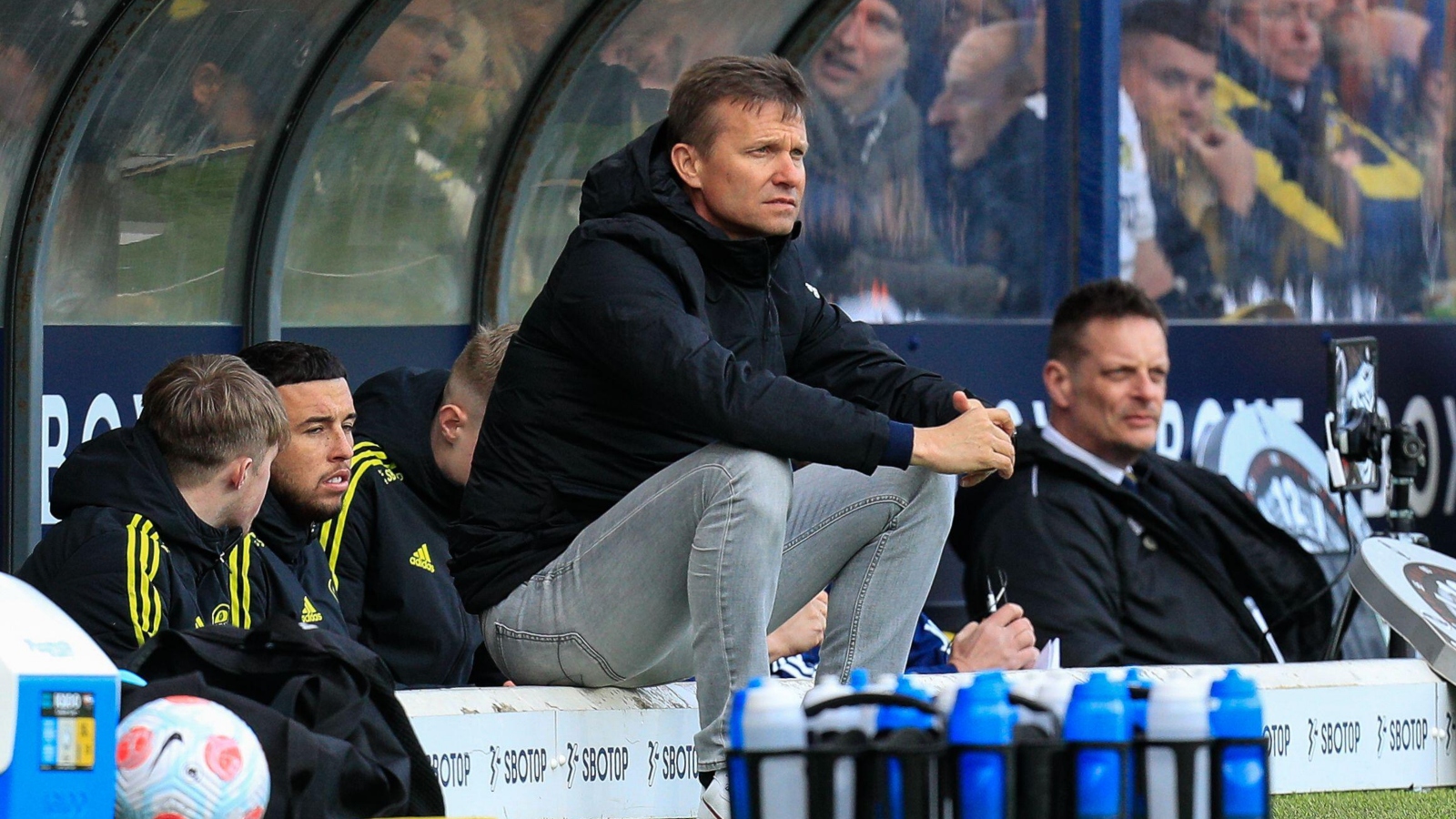 Jesse Marsch insists he is not “naive” to the fact that Leeds United are still in a relegation battle.

The Whites take on second-bottom Watford at Vicarage Road on Saturday in another crucial top-flight clash which carries extra significance after Burnley’s win against Everton on Wednesday night.

Paul Ince belongs atop our Championship winners and losers

Marsch said: “The reality is we’re still in a relegation battle. We know that. We’re not foolish or naive to that.

“But watching the table doesn’t do anything to impact our work process. The best thing for us is to control ourselves and not stress about what the external situation is and I think we’ve done a really good job at that.”

Leeds sit three points above the relegation zone, six points better off than third-bottom Burnley, who have two games in hand.

Saturday’s opponents Watford are eight points adrift of Leeds with a game in hand and will drag the West Yorkshire club deeper into the mire with victory.

Marsch added: “I’ve tried to stay focused and calm and disciplined with that mentality since I’ve been here and I think it’s impacted us in a positive way.

“None of us think that we’re done or we are safe or that we’re a completed project. It’s all about pushing every day to be better and by doing that we know we can fight for more points.”

Marsch could choose from an unchanged squad, with no new injury concerns following last week’s 1-1 home draw against Southampton, while fit-again midfielder Kalvin Phillips is pushing for his first start since December.

Marsch will take charge of his sixth game for Leeds at Watford after replacing Marcelo Bielsa at the end of February, with a record of two wins, two defeats and a draw.

The American believes his players are showing more belief than they did when he first arrived at Elland Road.

He added: “In general, there’s a confidence the team believes in themselves more than they did I think a month ago.

“I’ve spoken openly with them about that. But the key is to use that confidence in ways to continue to propel us forward and not to get comfortable and think everything is OK.

“But that urgency and that mindset to push every day has helped us to get to a better place than we were and we have to continue to use that to be even better a month from now.”