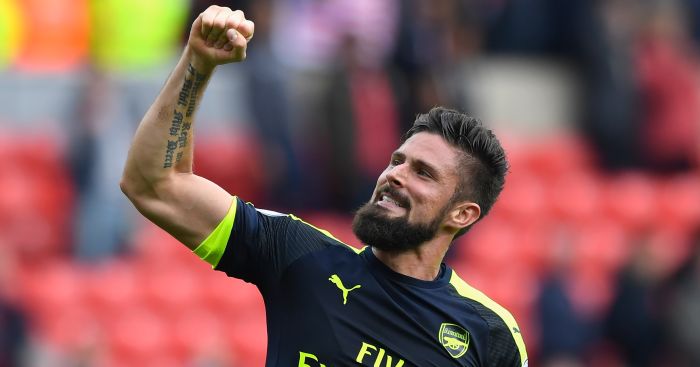 The France international has been linked with a move away from the Emirates Stadium after struggling to secure a regular place in Arsene Wenger’s starting line-up last season.

Compatriot Alexandre Lacazette arrived at Arsenal this summer in a big-money transfer from Lyon, a move which is likely to further damage Giroud‘s hopes of securing more game time this term, but Garcia has admitted defeat in his pursuit of the 30-year-old.

“I do not think he wants to come to Marseille, Olivier Giroud. That’s the problem,” Garcia told L’Equipe.

“It is understandable – as he is a striker with the French national team who is making progress with Arsenal – that when he does change clubs, his interests might lie beyond OM.”